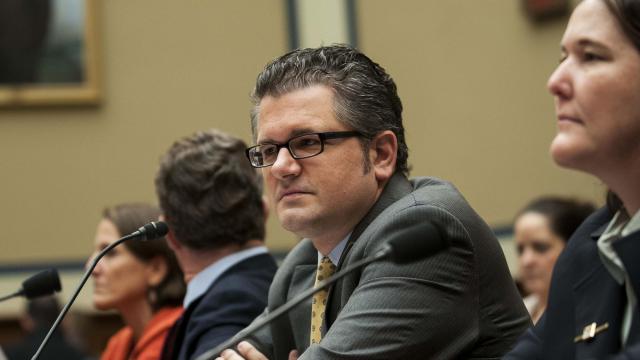 Calabria, who is being eyed to run the Federal Housing Finance Agency, is a longtime critic of the government-backed housing finance companies, which have been under government control since the 2008 financial crisis. If nominated and confirmed, Calabria would replace Mel Watt, a holdover from the Obama administration whose term as director of the agency expires in January.

Calabria’s appointment is not certain, and Trump could ultimately go in another direction, the White House officials cautioned. His potential nomination was first reported by The Wall Street Journal.

The appointment would come at a sensitive moment for the U.S. housing market. Home prices have increased and sales have strengthened since the housing bust. But sales of new and existing homes have slumped this year, a phenomenon that analysts attribute to several factors, including prices that have climbed faster than incomes and the Federal Reserve’s march toward higher interest rates, which raises borrowing costs.

Fannie and Freddie are the primary sources of funding for mortgage loans in the United States. The companies do not make loans. Instead, they purchase loans from private mortgage lenders, providing those companies with cash to make more loans. The two companies financed 44 percent of new mortgage loans during the first six months of 2018, according to the Urban Institute.

Calabria has criticized the current housing finance system, in which Fannie and Freddie purchase most mortgage loans and then repackage the loans for sale as securities. He argues that the combination of federal support and the securitization process has encouraged investors to take on larger risks, threatening the stability of the financial system.

As director of the housing finance agency, Calabria would have some authority to reduce the role that Fannie and Freddie play. He could, for example, require the companies to raise the fees they charge on loans, or limit the maximum size of the loans that the companies can purchase.

But David Berson, who worked as Fannie Mae’s chief economist from 1987 to 2007 and is now the chief economist at Nationwide, said he did not expect big changes no matter whom the administration named to lead the agency.

“Things are working too well, and it would be too politically divisive,” he said.

The Trump administration released a report in June proposing to privatize Fannie and Freddie while continuing to subsidize mortgage loans for less affluent homebuyers through an existing program operated by the Federal Housing Administration. Such a plan, however, would require congressional approval, an unlikely prospect given that the House will soon be controlled by Democrats who have long been more supportive of government involvement in the housing finance market.

Calabria, along with many conservative economists, has long blamed government-sponsored enterprises including Fannie Mae and Freddie Mac for contributing to the 2008 crisis by offering low-interest loans to borrowers who could not afford them. He has also criticized the 30-year mortgage, saying the stability it provides to homeowners in the form of a fixed monthly payment comes at the expense of taxpayers, who are at risk of having to bail out Fannie Mae and Freddie Mac if the housing market craters, as it did in 2008. Calabria has argued that there is no reason to subsidize such products instead of loans with shorter terms.

Fannie and Freddie were created by the federal government to increase mortgage lending, and thus homeownership. Until the 2008 crisis, the companies operated with the implicit backing of the federal government while earning huge profits that were pocketed by their shareholders. In September 2008, the faltering companies were placed under federal conservatorship: Their operations are now backed explicitly by the government, and the government pockets the profits.

Under Watt, the companies have expanded their loan purchases. Calabria, by contrast, has long argued that the government should stop backing Fannie and Freddie.

In a 2016 speech, Calabria described the current system as unnecessarily risky, and said it had not produced significant gains in homeownership or affordability.

“The clear solution is to increase that supply of housing, not continue down the path of low down payments,” he said.

Calabria has also questioned whether the government has the legal authority to maintain its current conservatorship of the two companies — an arrangement that has pumped tens of billions of dollars into the government’s coffers.

Calabria rose to prominence in conservative circles during the housing crisis, arguing for market-based conservative solutions to the mass foreclosure crisis at a time when most Democrats, and some Republicans, were advocating a more hands-on federal approach.

In testimony before a congressional committee in 2009, Calabria, then an official at the libertarian-leaning Cato Institute, argued against sweeping efforts, later adopted by the Obama administration, to force lenders into modifying mortgages to keep homeowners from having their properties foreclosed on.

Federal lending entities, such as the Federal Housing Administration and government-sponsored enterprises, Calabria said, “should engage in aggressive recourse against delinquent borrowers who have the ability to pay, but simply choose not too.”

“All federal modification programs should also include strong recourse provisions,” he continued. “We should make every effort to turn away from becoming a society where legally incurred debts are no longer obligations to be honored but simply options to be exercised.”