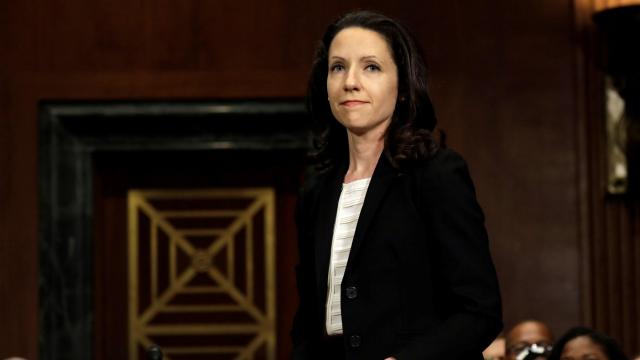 Raleigh, N.C. — A Duke University graduate with ties to an anti-LGBT group has been included in President Donald Trump's list of nominees he'd consider for a future opening on the U.S. Supreme Court.

Judge Allison Jones Rushing was born in Hendersonville in 1982 and was nominated to the 4th U. S. Circuit Court of Appeals, which represents West Virginia, Maryland, Virginia and the Carolinas.

Rushing graduated with a bachelor's degree from Wake Forest University in 2004 and from the Duke University School of Law in 2007.

On Wednesday, U.S. Sen. Thom Tillis tweeted his thanks to Trump, writing, "Judge Rushing is a western NC native I was proud to recommend to serve on the Fourth Circuit and a strong conservative choice who would uphold the Constitution."

In March 2019, NBC News reported Rushing has ties to an anti-gay organization called The Alliance Defending Freedom, or ADF. According to NBC, ADF "has a long track record of opposing the rights of lesbian, gay, bisexual and transgender individuals."

NBC reports the conservative Christian legal group was designated a hate group by the Southern Poverty Law Center for its anti-LGBTQ ideology, including its efforts to ban same-sex marriage and recriminalize homosexuality.

On its website, ADF describes itself as "advocating for religious liberty, the sanctity of human life, freedom of speech, and marriage and family."

The website also states "marriage is being threatened, and it’s not just same-sex marriage that is altering the proper understanding of what marriage is."