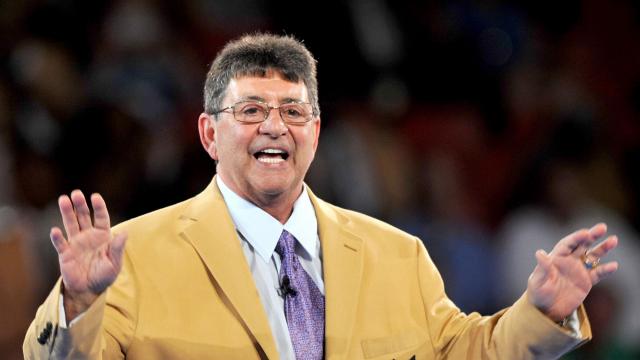 DeBartolo is the former owner of the NFL team, the San Francisco 49ers. During DeBartolo's time as owner, the team won five Super Bowl titles.

DeBartolo pleaded guilty in 1998 to failing to report a felony in a bribery case, which led to former Louisiana Gov. Edwin W. Edwards getting sent to federal prison.

DeBartolo did not serve jail time, but he agreed to pay up to $1 million in fines. He also relinquished ownership of the 49ers to his sister, Denise York.

Former 49ers wide receiver Jerry Rice told press at the White House Tuesday morning that Trump and a group advocating for DeBartolo discussed what the former 49ers owner had done on and off the field.

Trump has granted pardons to 18 other individuals, according to the Justice Department.

In 2016, DeBartolo was enshrined in the Pro Football Hall of Fame.