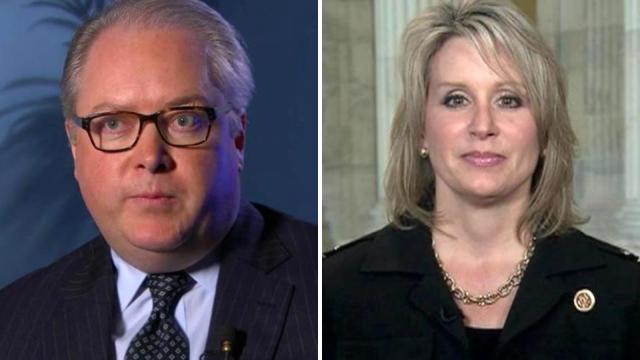 Early in-person voting is over, but voters go to the polls on Tuesday to settle congressional and state Supreme Court primaries across North Carolina.

Ellmers was the first woman in Congress to endorse Trump's presidential bid, a fact he notes in his endorsement.

"I need her help in Washington so we can defeat ISIS, secure our border and bring back jobs, and frankly, so many other things. And Renee knows how to do it. She gets it," Trump says in a recorded message.

Ellmers' campaign distributed the recording online this weekend, and it will go out as an automatic call to voters in the district on Monday, according to a member of her campaign team.

Ellmers sent the news out to supporters on Saturday, writing in an email, "I'm excited to share with you that I've been endorsed by GOP nominee, and the next president of the United States, Donald Trump!"

It is unusual for sitting congressmen to find themselves in the same race. But after state lawmakers were forced to redraw congressional districts this spring, Holding's existing 13th District moved to the Triad. He now lives in the 4th District, a Democratic stronghold currently represented by Congressman David Price, but he lives close to the newly drawn 2nd District, and many of the voters that he currently represents live in the redrawn district.

Ellmers was first elected as a tea party standard bearer, while Holding is a veteran of former Sen. Jesse Helms' office. In recent weeks, the two have questioned each other's conservative credentials and sparred over spending on overseas trips.

"I think she's been trying to use Trump to help herself ever since. This is just the latest chapter in that book," Wrenn said, adding that he believes primary voters will "make up their own minds. I think they tend to take endorsements with a grain of salt."