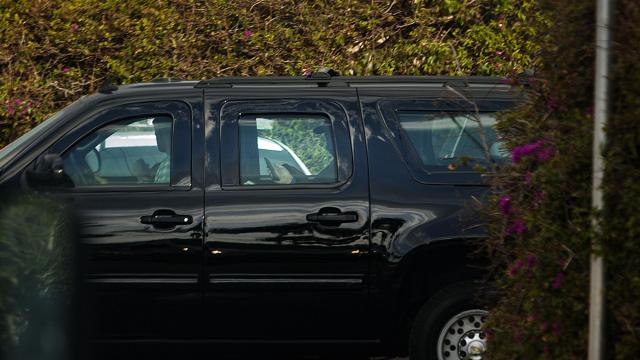 President Donald Trump dismissed a report about Chinese and Russian spies listening in on his cellphone calls as “soooo wrong!,” yet he acknowledged the crucial vulnerability being exploited by foreign agents — that he uses a cellphone to make calls.

The article, published Wednesday in The New York Times, detailed how U.S. intelligence agencies have figured out that China and Russia are eavesdropping on calls Trump makes from his iPhones, and that the president has continued to use a cellphone despite warnings from aides that calls on it are not secure. In addition, China is now believed to be using what it is learning from the calls — how Trump thinks, what arguments tend to sway him and to whom he is inclined to listen — to try to influence Trump and avoid a further escalation of a trade war, according to multiple current and former U.S. officials.

Trump jumped on the news early Thursday, writing on Twitter that “so-called experts on Trump” at The Times had written a boring article that was so riddled with errors “I do not have time here to correct it.”

He added: “I only use Government Phones, and have only one seldom used government cellphone. Story is soooo wrong!”

Trump followed up about three hours later with a second tweet, saying that The Times “has a new Fake Story that now the Russians and Chinese (glad they finally added China) are listening to all of my calls on cellphones. Except that I rarely use a cellphone, & when I do it’s government authorized. I like Hard Lines. Just more made up Fake News!”

According to The Times’ report, it is the use of any cellphone by Trump — government issued or not — that is the problem. The vulnerabilities exploited by China and Russia have nothing to do with Trump’s actual devices, the officials said. Rather, the president’s calls are intercepted as they travel through the cell towers, cables and switches that make up national and international cellphone networks, they said.

“We are confident in the accuracy of our reporting and will let the story speak for itself,” Danielle Rhoades Ha, the Times spokeswoman, said in response to the president’s tweets.

Officials said the president has two official iPhones that have been altered by the National Security Agency to limit their abilities — and vulnerabilities — and a third personal phone that is no different from hundreds of millions of iPhones in use around the world.

Aides and people who know Trump said that it was only late last year that he finally began to regularly use his government-issued cellphone instead of his personal cellphone. But Trump kept his personal phone because he did not have any numbers stored on the government phone, they said.

For many months, Trump also did not commit to memory the number of one of his government phones, the aides said. He found the situation aggravating, complaining to aides that he had no number to provide when friends at his private club, Mar-a-Lago, in Palm Beach, Florida, asked how to reach him.

American officials know well how easy it is for a government to intercept cellphone calls. Doing so is considered an essential tool of spycraft for U.S. and foreign spies, and leaders like President Xi Jinping of China and President Vladimir Putin or Russia avoid using cellphones when possible.

Trump, though, relies on his cellphone to speak with old friends and contacts. Officials said he has begun using landlines more in recent months — landlines are far more secure than cellphones — but that he still relies on his iPhones when he does not want the calls logged by the White House switchboard.

The officials cited in The Times report said they were not overly worried that Trump was spilling secrets on the calls. The president rarely digs into the sensitive details of covert and military operations, and he has long been paranoid about his calls being recorded.

China and Russia, for their part, also pushed back on The Times’ report, ridiculing the reporting without exactly denying it.

A spokeswoman for China’s Ministry of Foreign Affairs, Hua Chunying, suggested that “some people in the United States” were competing for “the Academy Award for Best Original Screenplay,” and even used a familiar Trump trope, warning the newspaper that it risked being called “fake news.”

The best way to avoid having calls intercepted was to avoid “any modern communication devices,” she said.

Hua followed up with a plug for a Chinese competitor of the iPhones that Trump favors. “If they are very worried about iPhones being tapped, they can use Huawei,” she said, referring to the telecommunications giant that has itself raised security concerns in the United States as potentially vulnerable to Chinese intelligence agencies.

In Russia, the Kremlin’s spokesman, Dmitry Peskov, offered a similarly bemused response. “The newspaper probably has some detailed information on this subject that can be a justification for publishing such information,” he said, according to Ria Novosti.