Trump: Democratic oversight of my administration could amount to 'presidential harassment' 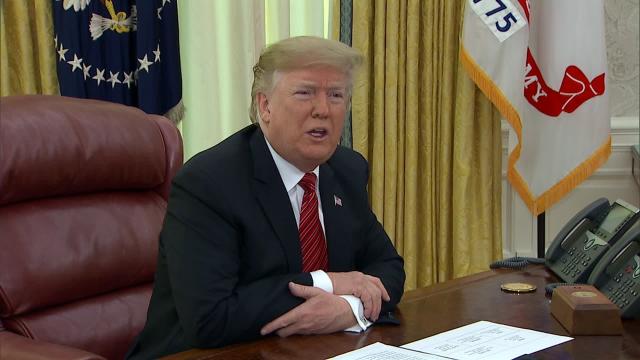 (CNN) — President Donald Trump said Tuesday that Democratic attempts at oversight in the coming Congress could amount to "presidential harassment."

Speaking from the Oval Office, Trump again denied any collusion between his team and Russia when he was questioned about the investigative powers Democrats will assume come January.

"There's been no collusion, after two years," he added.

Special counsel Robert Mueller has yet to issue a final determination on the extent of connections between the Trump campaign and the Kremlin during the 2016 election.

He didn't detail what he meant.