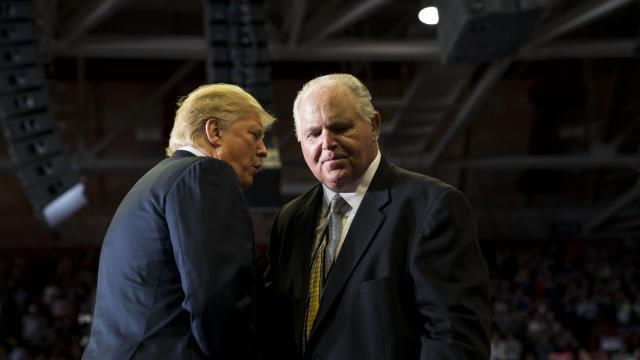 WASHINGTON — President Donald Trump threatened Wednesday to adopt a “warlike posture” against Democrats if they use their newly-won control of the House to investigate his financial and political dealings, drawing a line at the start of a new era of divided government.

The president began a postelection news conference with an offer to work across party lines, but his conciliatory tone quickly turned contentious. And barely an hour later, he announced the firing of Attorney General Jeff Sessions in defiance of Democrats who saw an effort to impede the Russia investigation.

House Democrats also made the traditional nod to bipartisanship after their victory in Tuesday’s midterm elections even as they emphasized that they would scrutinize everything from Trump’s taxes to his campaign’s ties to Russia in 2016. But after Sessions was fired, the incoming chairman of the House Judiciary Committee said the decision would be investigated once Democrats took over in January.

The instant exchange of fire indicated that there may be no lull in the conflict that has cleaved Washington during the Trump era and, if anything, it may escalate beyond what the past two years have seen. Once in control of all the levers of power in the capital, the president and his party now face the prospect of an opposition House armed with subpoena power and stocked by Democrats who won office on the promise of imposing a check on him.

Democrats picked up at least 27 seats in the House on Tuesday, with 17 still undecided, and claimed seven additional governorships in places like Wisconsin, Michigan and Kansas, states that Trump won two years ago and will be crucial to his chances of re-election in 2020.

But he claimed a “great victory” because Republicans held onto the Senate and even knocked off Democratic incumbents in Indiana, North Dakota and Missouri, while losing only one of their own seats in Nevada. If they hold on to their current leads, Republicans will increase their majority to 54 seats from 51, giving them more maneuvering room as they confirm judges and other appointments by Trump.

Although the balance of power in Congress was no longer in doubt, some key contests remained in flux. In Florida, Sen. Bill Nelson, the Democrat, trailing by more than 30,000 votes, called for a recount, an idea dismissed as “sad” by his Republican opponent, Gov. Rick Scott. In Arizona, Kyrsten Sinema, the Democrat, trailed Martha McSally, the Republican, by more than 15,000 votes in a race.

In Georgia, Stacey Abrams, a Democrat who is trying to become the nation’s first black female governor, had not conceded her race against Brian Kemp, the Republican, in a race shadowed by concerns over voter suppression.

Democrats did find good news in Montana, where Sen. Jon Tester narrowly won re-election against Matt Rosendale, the Republican challenger backed by Trump in repeated rallies late in the campaign.

At his news conference, Trump seemed to be trying to adjust to the new reality in Washington. “I would like to see bipartisanship. I’d like to see unity,” he said. But he said he would not tolerate investigations and would use allies in the Senate to open inquiries against Democrats in response: “If that happens, then we’re going to do the same thing, and government comes to a halt. And I would blame them.”

Trump was the fourth president in a row to endure a major midterm election defeat. Trump’s tone, however, was strikingly different from that of Bill Clinton, George W. Bush and Barack Obama, who all expressed degrees of humility after major midterm losses in 1994, 2006 and 2010. Bush called his setback a “thumpin’,” and Obama described his as a “shellacking,” but Trump maintained that he had nothing to regret.

The candidates he helped ended up winning, he said, and those who lost went down because they distanced themselves from him. “Mia Love gave me no love,” Trump said of a Republican congresswoman from Utah. “And she lost. Too bad. Sorry about that, Mia.”

He singled out other Republicans who lost because, he said, they did not embrace him.

“Didn’t want the embrace,” he said repeatedly. One Republican Trump did embrace Wednesday was Vice President Mike Pence. Asked if he would commit to keeping Pence on the ticket in 2020, the president said, “Well, I haven’t asked him, but I hope so.”

Then, spotting Pence in the audience, he said, “Mike, will you be my running mate?”

Pence stood up and nodded that he would.

Turning back to the reporter, Trump said, “The answer is yes, OK?

The turnover in the House foreshadowed a sharp change in Trump’s presidency. A Democratic House not only can block Trump’s priorities like building a wall along the southern border and repealing Obama’s health care program, but it also can use subpoena power to investigate all manner of issues that he had been protected from until now.

Among other things, Democrats are likely to demand the release of tax returns that he has kept secret, look into his business dealings and reopen the House investigation into any ties between Trump’s team and Russia during the 2016 election.

“The American people will see his tax returns, not because of any voyeuristic interest, but because they should know if he is corrupt,” Rep. Eric Swalwell, D-Calif., and member of the House Intelligence Committee, said on NBC News. “And we will look at the cashing in of access to the Oval Office and that has been concerning and his financial entanglements overseas.”

After Sessions was fired later in the day, Reps. Jerry Nadler of New York and Adam Schiff of California, the incoming chairmen of the Judiciary and Intelligence committees, vowed to take action.

“The firing of Jeff Sessions will be investigated and people will be held accountable,” Nadler said.

“If the president seeks to interfere in the impartial administration of justice, the Congress must stop him,” Schiff said. “No one is above the law.”

Trump opened his news conference with an embrace of Rep. Nancy Pelosi of California, the House Democratic leader, and endorsed her bid to regain the speakership that she lost eight years ago. He even suggested that it may be better for him that Democrats won the House because he can make deals with them, while legislating with a narrower Republican majority might have been more difficult.

“There are many things we can get along on without a lot of trouble, that we agree very much with them and they agree with us,” Trump said, citing health care, pharmaceutical drug prices, the environment and infrastructure. “I would like to see bipartisanship. I’d like to see unity. Maybe not on everything, but I think we have a very good chance of seeing that.”

Yet talk of compromise quickly turned to confrontation as he said he would fight fire with fire if Democrats follow through on their vows to use the subpoena power.

“They can play that game, but we can play better because we have a thing called the United States Senate and a lot of very questionable things were done, between leaks of classified information and many other elements that should not have taken place,” he said.

For her part, Pelosi said she hoped that this would be a “new era” and noted that she worked productively with Bush when Democrats held the House during his last two years in office.

While he has presented himself as a natural negotiator from his time in real estate, Trump has made almost no deals with opposition Democrats since taking office. Trump had one brief moment of comity with Pelosi and Sen. Chuck Schumer of New York, the Democratic leader, when they agreed to a short-term spending deal, but it quickly evaporated amid disagreement over immigration. The news conference, only his third formal solo session with reporters at the White House since he took office 22 months ago, showcased his toxic relationship with the news media. He complained repeatedly that he had been treated unfairly and engaged in several heated exchanges with reporters who questioned him.

“You’re a very rude person,” he told a CNN reporter who persisted in pressing him after the president was ready to move on.

When an NBC reporter stuck up for his CNN colleague, Trump retorted, “Well, I’m not a big fan of yours, either.”

He snapped at a third reporter who tried to ask a question. “Sit down,” he said. “I didn’t call you.”

When a fourth reporter, who is black, asked if he had emboldened white supremacists by adopting the label “nationalist” during the campaign, he lashed out. “That’s such a racist question,” he said, jabbing a finger at her.