Republicans are accusing the Democratic-led State Board of Elections of colluding with national Democratic-affiliated groups to loosen the state's absentee voting rules, threatening election security.

"They are suing to move Election Day even further out so they can harvest ballots after the polls close to steal the election for Joe Biden," Trump deputy campaign manager Justin Clark said in a statement. "The judge on this case has a choice to make: Side with collusion and rig this election, or uphold the rule of law and protect every North Carolinian’s right to vote."

Republican Lt. Gov. Dan Forest fired off a letter to U.S. Attorney General William Barr on Thursday, asking for a federal investigation into "the collusive attack on the integrity of North Carolina's elections."

"The fact that an executive agency would dare enter into an agreement that attempts to make substantial changes to our election law less than six weeks before the election raises serious concerns about the motives of all involved. It also raises serious legal concerns," Forest wrote.

The five-member elections board voted unanimously last week in favor of the settlement, but the two Republican members abruptly resigned late Wednesday, saying that they were misinformed about details of the deal. 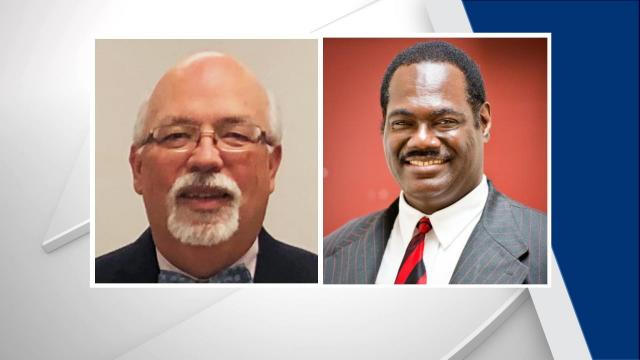 "It is impossible to have true bipartisanship when both sides of the political aisle do not have the important and vital information needed to make the right decisions," board member Ken Raymond said in his resignation letter.

In his resignation letter, board member David Black said he did not understand at least one key element of the settlement proposal: How it would change the "cure" process of correcting and accepting mail-in absentee ballots that arrive without a witness signature.

State law requires that signature, and without it, a voter must cast another ballot to have his or her vote count. The proposed settlement would change that to let the voter sign an affidavit, forgoing the witness signature.

"It was not my understanding that the cure would simply mean an affidavit, or cure document, would be sent to the voter for a confirmation that this ballot was their own," Black said.

In addition to the witness signature change, the settlement would require the state to count ballots that are postmarked by Election Day, but don't arrive until Nov. 12. State law currently requires them to arrive by Nov. 6, and lawmakers declined to extend the deadline further when they reworked the state's absentee ballot rules earlier this year in reaction to the coronavirus pandemic.

The most common problem on mail-in ballots? The witness section

The settlement would also let people drop their absentee ballots off curbside at local election offices without signing a logbook, fueling criticism that ballot harvesters will take advantage. State law generally forbids anyone other than a voter or close relative from handling a ballot, and North Carolina overturned a congressional election last year because of ballot harvesting.

Absentee ballots can also be mailed, though the same rules for ballot handling apply.

The deal still needs to be accepted by the court, and Superior Court Judge Bryan Collins plans an Oct. 2 hearing on the matter.

State board Chairman Damon Circosta, a Democrat, said the settlement was a compromise worked out to avoid the possibility that a judge could approve more extreme changes. He denied that anyone was misinformed, saying the board held a three-hour meeting to go over each point of the settlement.

"While I am disappointed that they’ve come to regret that decision, I still believe the decision we made as a unanimous board was best for what North Carolinians needed," Circosta said. "We don’t want these lawsuits hanging over our heads – we want to give voters certainty – and we were willing to compromise on some of the things they were asking in order to make sure that our elections are secure and our voters are safe."

Michael Whatley, chairman of the North Carolina Republican Party, accused Democrats on the board of reaching a secret, back-room deal with the plaintiffs in the lawsuit and then deceiving Raymond and Black into voting for it.

"They could not get these changes implemented in the law through the legislature, so they're using a 'sue-and-settle' pattern. This is exactly that. They sue, the Board of Elections on a partisan board decides to settle," Whatley said.

"What we have a problem with is that, after the election has already started, after we have 200,000 votes that have already been cast, it appears that we’re going to have a settlement which is going to contravene our recently passed election laws," he added.

Republican leaders in the General Assembly have promised to fight the proposed settlement, and they issued angry statements when it was announced Tuesday.

"The Republican Party needs to start respecting democracy, instead of undermining it," Stein said in a statement Thursday.

The state board is part of a number of lawsuits dealing with election law, most of which aren't likely to affect the upcoming election. Some may, though, and the board agreed to settle roughly half a dozen of them last week. No details of the other settlements have been released.