Trump-Biden clash was watched by at least 73 million viewers 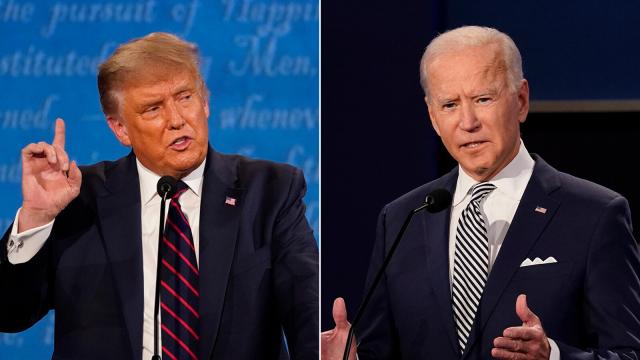 The television audience for the debate was down from the first debate between Trump and Hillary Clinton in 2016, but it was higher than almost every other debate in modern American history.

By almost any measure, the audience was massive. Tuesday's clash was the biggest event on American TV since the Super Bowl last February.

The Nielsen ratings only include Americans who watched on television sets. An unknown number of people live-streamed the debate on their phones, listened on the radio, and watched in other ways, which means the total audience easily surpassed 73 million.

Some campaign officials and media executives predicted that the total audience would surpass the 2016 record, when 84 million viewers watched the first debate between Trump and Hillary Clinton.

Politics fatigue may have been a factor in the lower level of viewership in 2020. Another reason may be the cringeworthy nature of Trump's conduct. Many critics said afterward that it was the worst debate in modern American history.

Nielsen's records go back to 1976. Only two debates had a bigger average audience than Tuesday night: the 2016 face-off between Trump and Clinton, and the sole debate of the 1980 cycle, when 80.6 million people watched Ronald Reagan take on Jimmy Carter.

Comparisons to the 2016 cycle are the most relevant, since the U.S. population is much greater than it was in 1980.

Streaming options are also more popular now than they were four years ago, so a greater number of people likely watched via live-streaming.

Nielsen's calculations include people who watched via internet-connected TV sets, but not people who streamed the event on other devices.

Despite the uncomfortable nature of Trump's interruptions and the unbelievable nature of many of his claims, virtually the entire audience did keep watching until the end of the debate, according to Nielsen data.

Total viewership was quite consistent throughout the event. This means that for every person who turned off the TV in disgust, just as many people turned it on to see what the fuss was about.

Streaming viewership on CNN.com also peaked toward the end of the debate, at 10:20 p.m. Eastern, according to internal metrics.