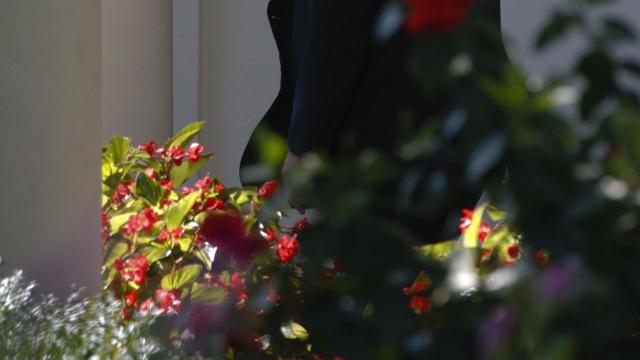 BILLINGS, Mont. — President Donald Trump on Thursday tried to tamp down perceptions of an out-of-control White House, after a string of devastating reports about his insurgent staff, warning supporters here that if they did not turn out to vote in November, his political enemies would subject him to impeachment.

“If it happens, it’s your fault because you didn’t go out to vote,” Trump said at an enthusiastic rally in a state he won comfortably in 2016. His impeachment at the hands of a Democratic majority, he said, would turn the United States into “a third-world country,” where the opposition routinely impeaches the sitting leader.

Speaking to a friendly crowd during one of the most chaotic stretches of his presidency, Trump also turned his fire on the news media, accusing it of ignoring his successes and waging a campaign to delegitimize him.

“The truth is, with these people, you can’t win.” But he insisted, “I’m winning.”

Nearly 2,000 miles away in Washington, Trump had been confronted by an extraordinary anonymous op-ed essay published in The New York Times and a new book by Bob Woodward, both of which depicted a “quiet resistance” of aides standing up against the president.

But in the chilly Rimrock Auto Arena here, Trump glowed in the comfort of a captive and sympathetic audience: first in a brief interview on “Fox & Friends” minutes before the rally and then in an unbridled, winding speech, both before a jubilant and rowdy crowd that booed and cheered on cue. And for nearly 90 minutes, he strove to remind his devoted followers why he was their choice — and a competent one at that, despite the reported claims.

“This is going to be a lot of fun,” Trump said, later referring to himself as “your favorite — of all time — president.”

The event, ostensibly, was part of a Western American tour in the waning days of the president’s summertime crusade against Democrats in states that he won — in this case, to raise support for Matt Rosendale, the Republican state auditor aiming to topple Sen. Jon Tester in a tough re-election battle.

Defensive and given a microphone, Trump derided the op-ed’s unnamed author as an “anonymous, gutless coward” and repeated his calls for The Times to reveal the person’s identity. The identity of the author, who detailed efforts to prevent the president’s “half-baked, ill-informed and occasionally reckless decisions,” is known to The Times’ editorial board, but it was not shared with the reporters who cover the president.

Buoyed by his fury over the coverage of the essay and Woodward’s book, he relitigated some of his most persistent grievances with the news media, including coverage of his election victory nearly two years ago and the response to his meetings with Kim Jong Un of North Korea and Vladimir Putin of Russia.

Reveling in his victimhood, Trump even likened himself to Abraham Lincoln, noting that Lincoln got poor reviews for the Gettysburg Address in 1863, before the speech was later regarded as one of the finest in the nation’s history.

“I have a feeling,” he told the crowd in remarks far longer than Lincoln’s, “that’s going to happen to us.”

In the arena, the country was as he dictated it: empowered by a booming economy and Republican policy but facing a looming threat from a blitz of opposition from Democrats and the news media. But the president also had to confront the drumbeat of disclosures that have raised questions about his competence and even his mental state.

He mocked news reports that depict him raging in the White House residence — instead telling homespun anecdotes about quizzing his wife, Melania, about the news media’s more provocative claims. And he painstakingly detailed examples of his competence: the political dynasties he had to defeat in the general election and his administration’s economic and national security achievements as evidence of his competence.

There were other reasons, outside of unflattering headlines, for Trump to be angry. Armed with leaked documents, Democrats continue to rail against Judge Brett Kavanaugh, his nominee for the Supreme Court, and protesters persist in interrupting the judge’s confirmation hearings.

“Do you believe the anger and the meanness on the other side?” Trump said. “Sick. It’s sick.”

Even as he deviated to his laundry list of complaints, Trump reserved a certain amount of wrath for Tester, the source of a searing, 4-month-old grudge. Tester, as Trump reminded the crowd, raised concerns about Dr. Ronny Jackson’s behavior that subsequently derailed the doctor’s nomination as head of the Veterans Affairs Department.

“One of the saddest things,” Trump told the crowd of the accusations, echoing the charges he made in a Montana rally just two months ago. (Trump did acknowledge a “beautiful ad” that Tester released this week about their cohesion on veterans affairs issues.)

“The problem is,” Trump lamented, “he’s never going to vote for me.”