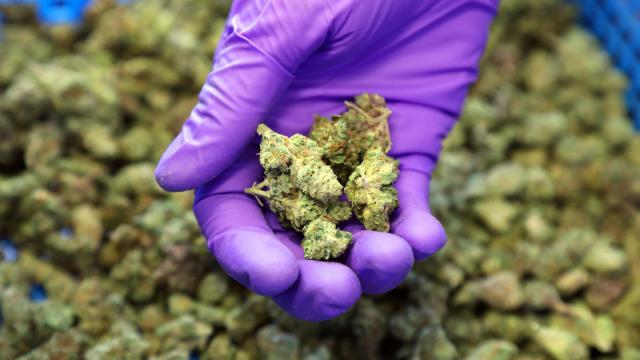 In a move that raised doubts about the viability and growth of the burgeoning commercial marijuana industry, Attorney General Jeff Sessions rescinded an Obama-era policy that had discouraged federal prosecutors from bringing charges of marijuana-related crimes in states that have legalized sales of the drug.

In a statement, Sessions said the Obama-era guidance undermined “the rule of law” and the Justice Department’s mission to enforce federal statutes.

“Today’s memo on federal marijuana enforcement simply directs all U.S. attorneys to use previously established prosecutorial principles that provide them all the necessary tools to disrupt criminal organizations, tackle the growing drug crisis, and thwart violent crime across our country,” he said.

In a briefing with reporters, Justice Department officials refused to say whether they intended for federal prosecutors to carry out a federal crackdown on marijuana dispensaries, or whether the Trump administration was merely creating ambiguity to chill growth of the semi-legal commercial marijuana industry.

But the move seemed certain to increase the confusion surrounding whether it is legal to sell, buy or possess marijuana in the United States. Federal law has long prohibited those activities, and in 2013, after voters in Colorado and Washington state voted to decriminalize marijuana for recreational use, the Justice Department deliberated about how to handle the resulting disconnect between state and federal law.

Ultimately, the Obama administration decided not to sue such states, and the Justice Department issued a policy memo instructing federal prosecutors to de-prioritize marijuana-related prosecutions in those states — except in certain cases, such as when there were sales to children, gang-related activity, or diversions of the product to states where it remained entirely illegal.

That guidance was known as the “Cole memo” after the then-deputy attorney general who issued it, James Cole.

The federal government’s hands-off approach allowed a new industry to flourish in states that had decided to legalize and regulate marijuana use and sales for recreational and medical use. In Colorado, one of the first states to broadly legalize the drug for adult use, marijuana sales now top $1 billion each year and thousands of people work in the industry, in jobs ranging from “bud trimmers” to marijuana tour guides for out-of-state visitors.

Huge grow warehouses sprouted up inside old industrial neighborhoods, and companies that produce marijuana-laced candies, infusions and drinks have large-scale production facilities — all of which may now have a bull’s-eye on their backs.

“I do expect to see the larger investors and businesses targeted,” said Kevin Sabet, a prominent critic of legalized marijuana and former drug-control policy official in the Obama administration, who praised the step. “I’m not sure whether local mom-and-pop marijuana shops will be affected.”

Sessions was a vocal opponent of marijuana legalization as a U.S. senator from Alabama. At his confirmation hearing in January, he said he saw some value in how the Obama administration evaluated whether to spend resources on prosecuting marijuana cases in states that had legalized the drug.

“I won’t commit to never enforcing federal law,” he said, “but absolutely it’s a problem of resources for the federal government.”

Still, he suggested, there was legitimate criticism that prosecutors may have shied away from potential cases that they should have brought under the exceptions listed in the Cole memo.

The Justice Department’s move is likely to have the biggest effect on major funding sources for marijuana retailers and large-scale growing and production operations, said Sabet, who is president of an advocacy group called Smart Approaches to Marijuana.

“It puts the industry on notice in these states who thought they had cover from the states and the feds,” he said. “All these people are going to wake up today with a bit of a heartache because they thought were scot-free, when in reality, they’re not.”

Several lawmakers representing states that have legalized marijuana reacted angrily to the news. Among them, Sen. Cory Gardner, R-Colo., accused Sessions of violating promises had made and threatened retaliation.

“This reported action directly contradicts what Attorney General Sessions told me prior to his confirmation. With no prior notice to Congress, the Justice Department has trampled on the will of the voters in CO and other states,” Gardner wrote on Twitter, adding: “I am prepared to take all steps necessary, including holding DOJ nominees, until the Attorney General lives up to the commitment he made to me prior to his confirmation.”

Another lawmaker, Rep. Earl Blumenauer, D-Ore., who is co-chairman of the Congressional Cannabis Caucus, called for people to mobilize and push back against the Justice Department decision.

“This is outrageous,” Blumenauer said. “Going against the majority of Americans — including a majority of Republican voters — who want the federal government to stay out of the way is perhaps one of the stupidest decisions the attorney general has made.” But in a conference call with reporters organized by Sabet’s anti-marijuana legalization group, Patrick Kennedy, a former Democratic congressman from Rhode Island who advises the group, praised the move as a blow for public health. Marijuana users should receive treatment, not go to jail, Kennedy said, but he said the country should not allow a new profit-driven commercial push for drug consumption akin to the liquor and tobacco industries.

The move is particularly poignant in California, where the state’s marijuana industry, by far the largest in the country, is still celebrating the launch Monday of recreational marijuana sales. More than 100 dispensaries began selling marijuana across the state, and many more are expected to open in the coming weeks once San Francisco and Los Angeles begin issuing licenses.

Henry G. Wykowski, a leading cannabis attorney in San Francisco, said he has been inundated with questions from his clients on what they should do to defend themselves.

“I can say unequivocally that we as an industry will aggressively defend our rights to engage in an activity that is authorized by state laws,” he said. “They have challenged us before,” he said of federal authorities, “and we stood up for our rights and we ultimately prevailed.”

California was the first state to legalize medical marijuana more than two decades ago, and the industry is now entrenched. The state produces far more marijuana than it consumes; the surplus is sold illegally across state lines. Those interstate sales have been the prime target of law enforcement officials but have proved difficult to control.

Nationwide, the marijuana market in states that authorize medical or recreational marijuana is estimated at around $6 billion and projected to grow to $9 billion by the end of the year, according to Marijuana Business Daily, a trade publication that conducts research. Chris Walsh, editorial director of the publication, estimates there are about 4,500 medical and recreational shops across the country. That number is projected to grow significantly this year as the rollout of licenses proceeds in California.

“They are not going to put this industry back in the bottle,” Walsh said.

Blumenauer accused Sessions of breaking a campaign promise by President Donald Trump not to interfere with state marijuana laws. And Gardner retweeted a video of Trump telling a Colorado journalist in a July 2016 interview that if he were elected, he would not use federal authority to shut down sales of recreational marijuana in states that had legalized it.