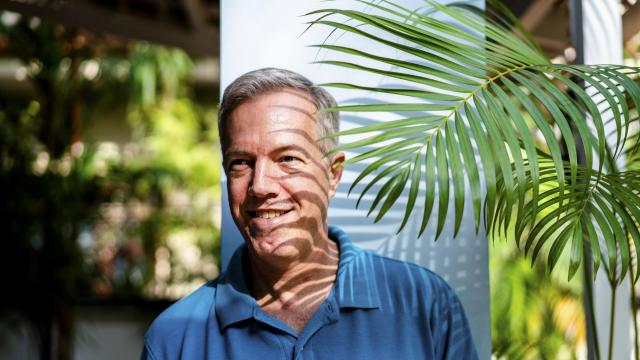 HO CHI MINH CITY, Vietnam — The Trump administration has quietly backed away from its determination to deport certain Vietnamese immigrants who have been in the United States for years, a policy that had put the United States at odds with Vietnam and led to the resignation of the U.S. ambassador there last year.

The shift, detailed in a California district court ruling on Oct. 18 and confirmed by an official in the Department of Homeland Security, comes as the White House has put harsh limits on immigration and asylum at the center of its public policy.

Last year, the administration began rounding up long-term immigrants from Vietnam, Cambodia and other countries and preparing to deport them. Some of the targeted immigrants had green cards but had not been naturalized as citizens, and the vast majority of them had at some point committed crimes — roughly 7,700 of the 8,000 or so of the Vietnamese immigrants who were classified as deportable, according to the Department of Homeland Security.

But specifically in Vietnam’s case, that country and the United States had signed an agreement in 2008 that Vietnamese who had arrived before July 12, 1995 — the date the formerly warring countries re-established diplomatic relations — could not be deported. Most of those immigrants had come to the United States as a result of the Vietnam War.

The Trump administration unilaterally decided to reinterpret the agreement, saying that people convicted of crimes were not protected, according to U.S. officials. The administration began pressing Vietnam to take back some of the pre-1995 arrivals.

The decision outraged the U.S. ambassador to Vietnam, Ted Osius, who was removed from his post last fall and then resigned from the State Department. He characterized the deportation effort as a broken promise to South Vietnamese families who had been allies of the United States during the war and would not be safe in Vietnam.

Osius said in an interview with The New York Times that the Vietnamese immigrants targeted for deportation starting in March 2017 were “refugees from a war that we were prosecuting,” and that “some of them were in re-education camps; all of them were on the side of the South.”

The pressure on Vietnam included threats of visa sanctions similar to those imposed on other “recalcitrant” countries — the term used for countries unwilling to accept nationals whom the United States wants to deport. They include Cambodia, Eritrea, Guinea, Sierra Leone, Myanmar and Laos, among others.

Vietnam initially agreed to accept some of the people formerly exempt from deportation. But its resistance later stiffened, and only about a dozen Vietnamese immigrants ended up being deported from the United States, according to Phi Nguyen, a lawyer working in Atlanta for Asian Americans Advancing Justice, a legal advocacy group.

Still, many of the immigrants targeted for deportation have been kept in detention for months by Immigration and Customs Enforcement, or ICE. Three branches of Asian Americans Advancing Justice began organizing a class-action lawsuit against the Trump administration to oppose the detentions, aided by two pro bono law firms, Reed Smith and Davis Adams.

In a ruling partially certifying the class action, Judge Cormac J. Carney of U.S. District Court for the Central District of Californiasaid the Trump administration had told the court that it reached an agreement with Vietnam in August under which “the removal of pre-1995 Vietnamese is not reasonably foreseeable.”

He said the administration had told the court that it would start releasing many of the people who had been detained and in some cases held for months pending approval of their deportation. Carney’s office declined to comment on the case.

Though the Trump administration may have dropped the deportations, it was not for lack of trying.

A spokeswoman for the Department of Homeland Security, Katie Waldman, confirmed that the deportations of these Vietnamese immigrants were off the table for now. But she characterized resistance to the policy as dangerous, saying “dangerous loopholes and misguided court decisions” were forcing the government to release “violent criminal aliens” rather than deport them.

Though the Trump administration has stopped deporting pre-1995 arrivals, it continues to argue that ICE has the right to detain them indefinitely and repeatedly.

“The government has not conceded that it violated these individuals’ constitutional rights when it detained them with the knowledge that they could not and would not be removed to Vietnam,” Carney wrote in his October ruling. Instead, “the government has explicitly reserved its right to redetain all of those it has recently released.” Zadvydas v. Davis, a 2001 Supreme Court ruling, determined that the government cannot detain immigrants for more than 180 days if their deportation is not “reasonably foreseeable.” As of Oct. 15, 28 Vietnamese immigrants who arrived before 1995 remained in ICE detention; four had been in detention for over 90 days.

Waldman said that the Homeland Security secretary, Kirstjen Nielsen, “has been asking Congress to close this glaring loophole and protect our communities by ensuring we can detain convicted violent criminal aliens and keep them out of American communities.”

Asked why ICE would detain people who could not be deported — and whether the agency planned to release them — a spokesman for the agency, Brendan Raedy, said that the agency does not comment on pending litigation. Asked to confirm the number of pre-1995 Vietnamese immigrants currently in detention, he said that “year of arrival is not tracked in ICE’s reporting of detention numbers.”

Justice Department officials did not respond to multiple requests for comment explaining their legal rationale for continuing these detentions.