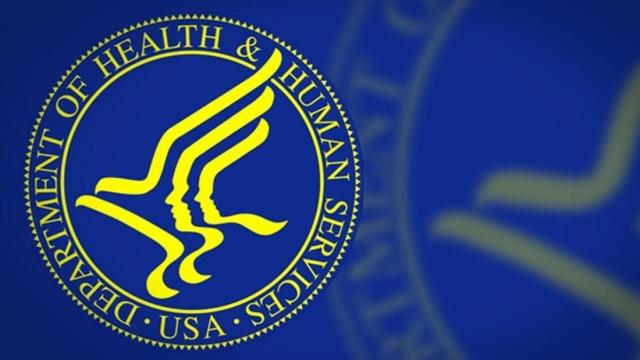 CNN — The US Department of Health and Human Services said Wednesday it will not renew a fetal tissue research contract with the University of California, San Francisco that expired today. The decision concludes a review of research using tissue from aborted fetuses.

"Promoting the dignity of human life from conception to natural death is one of the very top priorities of President Trump's administration," a statement from Health and Human Services said.

According to the statement, an audit of the program "helped inform the policy process that led to the administration's decision to let the contract with UCSF expire."

CNN has reached out to UCSF for a response.

Research projects being conducted outside of the National Institutes of Health that are funded by grants from the agency will not be affected "during their currently approved project period." Health and Human Services said the renewal process for these projects or new projects that request use of human fetal tissue from elective abortions will first need to be recommended for possible funding. Then they will need to go through NIH's external scientific review *process. "An* ethics advisory board will be convened to review the research proposal and recommend whether, in light of the ethical considerations, NIH should fund the research project—pursuant to a law passed by Congress."

The agency said it will also make changes to its grant policies and to regulations for this type of research in the future.

In September, Health and Human Services canceled a contract with a fetal tissue procurement company due to concerns that the company was not meeting regulations. That's when the agency initiated the audit of human fetal tissue acquisitions and a review to understand whether adequate alternatives exist in place of human fetal tissue in research.

Wednesday's announcement is the conclusion of that undertaking.

Health and Human Services said on Wednesday it is conducting a review to assess if "adequate alternatives exist" for the use of human fetal tissue from elective abortions and will work to hasten research for alternatives. For this effort, it committed $20 million for research "to develop, demonstrate, and validate" alternative experimental models.

The history of fetal tissue in research

Since the 1930s, scientists in the United States have used fetal tissue obtained through elective abortions in medical research and experimental therapies. And this research has been supported by the federal government since the 1950s.

Those opposed to abortion have sought for decades to prohibit using federal funds to support research that relies on human fetal tissue, while most in the research world support its use.

Generally, fetal tissue is used to develop cells that "mimic many of the properties that they have in a living body, and therefore can be used as a model for researchers," according to a 2015 Congressional Research Service report. The National Institutes of Health spends about $100 million a year on research involving human fetal tissue, government data shows.

Two House subcommittees considered alternatives to the use of fetal tissue for research at a hearing in December. Debate before the committees focused on the merits and value of two types of humanized mice: One requires fetal tissue; the other does not.

At the time of the hearing, Patricia Morris, a board member of the Federation of American Societies for Experimental Biology and a professor in the reproductive health program at Rockefeller University, told CNN that human fetal tissue derived from elective abortions is "absolutely essential" for certain biomedical research.

"There is no substitute today," Morris said. "No reproducible, robust and clinically relevant materials are otherwise available." The "materials obtained from spontaneous abortions," she said, as an example, are not only "highly variable" but often contain "critical gene defects."