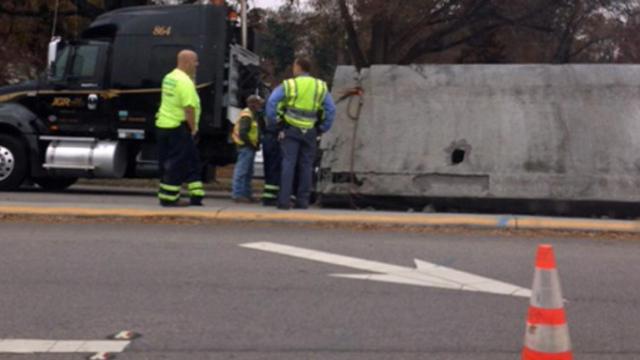 Raleigh, N.C. — A rig carrying a load of concrete barriers shifted and its trailer overturned Wednesday morning, sending the barriers crashing onto Wade Avenue in Raleigh.

Raleigh police said driver failed to negotiate a curve. No one was injured in the 10 a.m. wreck, but lanes were closed so crews could remove the debris.

The inbound lanes of Wade Avenue, between Oberlin Road and Cameron Street, were closed for several hours, and drivers were detoured onto Oberlin Road.

Outbound traffic on Wade Avenue also was restricted to one lane while cleanup was underway.