Truck hauling 42,000 lbs of ham bursts into flames near Fayetteville 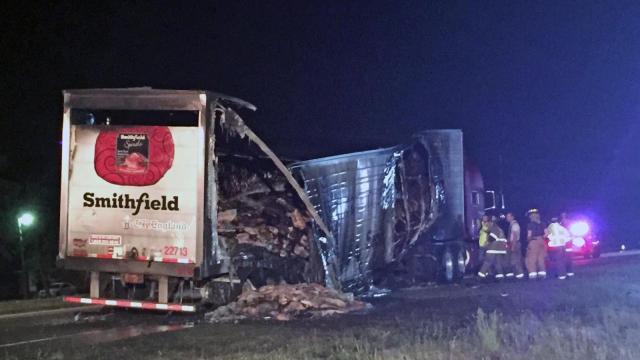 Fayetteville, N.C. — A tractor-trailer hauling 42,000 pounds of ham caught fire early Saturday morning in Cumberland County, but no one was injured.

Authorities said the truck came from a Smithfield plant and was driving north on N.C. Highway 87 in Grays Creek. Another trucker stopped the tractor-trailer after noticing a fire on the trailer.

Officials said the driver of the flaming truck stopped and looked under the trailer when an explosion happened.

The cause of the fire was a mechanical malfunction, officials said.