Truck crashes into Clayton home with 4 people inside

Clayton, N.C. — No one was injured after a truck crashed into a house in Clayton on Tuesday night.

The accident happened before 11 p.m. in the 1000 block of West Main Street, north of downtown Clayton.

Officials at the scene said the pickup truck drove off the left side of the West Main Street then turned right and drove straight into a home on the other side of the street.

The driver was trapped inside his truck and had to be rescued but suffered only minor injuries. Police said they are working to determine whether or not the driver was impaired.

Four people inside the house were not injured, although the home sustained major structural damage. 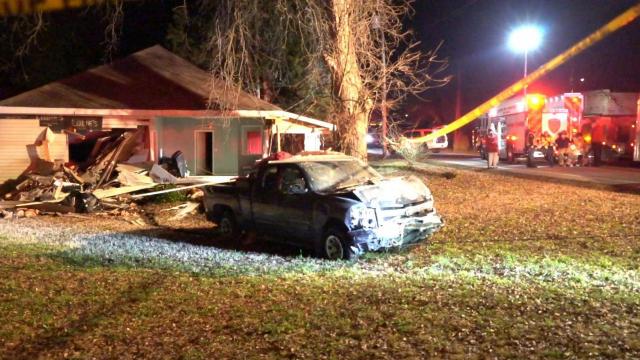 Officials said everyone inside the home was evacuated safely.