Zebulon, N.C. — A truck carrying crates of live chickens crashed in Wake County near Zebulon on Thursday, sending crews on a chase in the middle of a highway median.

Before 1 p.m., Sky 5 video showed a red sedan and a truck with a trailer were involved in a crash where U.S. Highway 264 meets U.S. Highway 64 near Zebulon.

Dozens of chickens appeared to be injured or killed in the crash when the crates fell off the trailer.

At least one chicken ran away from the crash scene, but officials caught it before it ran onto the highway. 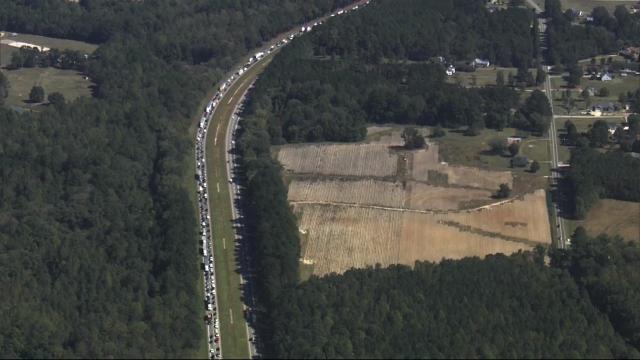 There was no information on what caused the crash or if the drivers were injured.

One left westbound lane of U.S. 64 was closed near Exit 432. Backups and onlooker traffic were significant, and motorists were advised to avoid the area.