Truck burns on side of I-95 near Fayetteville

Fayetteville, N.C. — A commercial truck was destroyed Wednesday morning by fire on the side of Interstate 95 near Fayetteville.

The driver told Highway Patrol troopers that he choked on coffee while he was driving in the southbound lanes, ran off the road and overturned. The truck then caught fire, and troopers said the driver climbed out while the truck burned.

The driver was identified as 38-year-old Douglas Brett Vannatta, of Raleigh. Vannatta was taken to the hospital, but the nature of his injuries is unclear.

Firefighters were on scene around 8 a.m., and the fire was out by 8:30 a.m. Traffic began to back up around the same time, but vehicles were still getting by.

The grass on the side of the highway was scorched by the flames, and some trees were caught in the fire, too. 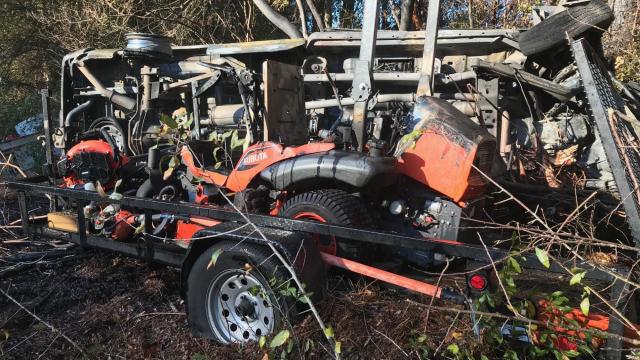