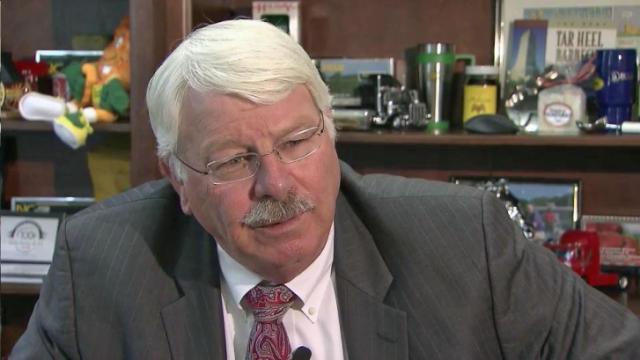 Raleigh, N.C. — North Carolina Agriculture Commissioner Steve Troxler pledged Monday to make this year’s State Fair “the safest place you will ever be.”

Troxler said security will be top-notch, with 200 law enforcement officers each day at the fair, which starts Thursday.

He also remained intractable on his ban on concealed handguns at the fair. The gun-rights group Grass Roots North Carolina has asked for a temporary restraining order to keep Troxler from enforcing the ban, saying Troxler doesn’t have the authority to enforce such a ban.

A hearing on the matter is scheduled for Monday afternoon, and Troxler said fair organizers are waiting for the judge’s decision.

“A weapons ban is just one way to minimize risk and maintain a family-friendly environment,” he said.

Last year, five people were hurt at the fair when a ride called The Vortex starting moving as people were getting off. A criminal investigation found that a safety mechanism designed to keep the ride from moving had been disabled. The owners of the ride face more than $100,000 in fines from two government agencies, as well as a $150 million lawsuit from four who were hurt.

Troxler said the incident still weighs heavily on his mind. He said there was nothing worse than getting the call about the Vortex and learning about the criminal aspects to the case.

But he praised the response time of emergency personnel, saying it underscored the safety of the fair.

“I hope the ghost of The Vortex is gone forever,” he said.