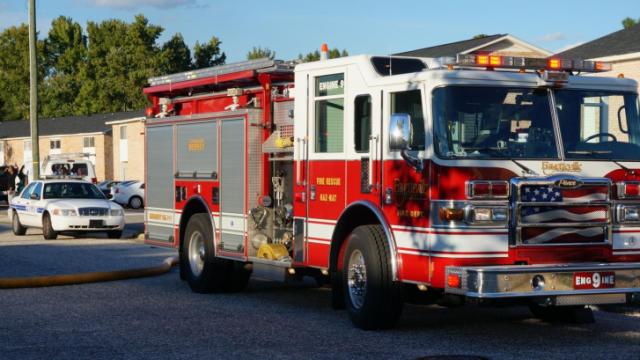 Firefighters were called to Barrington Place Apartments shortly after 5 p.m. Monday, where they found heavy flames and smoke coming from the first floor of a two-story apartment.

They were able to contain the fire, but two other units suffered smoke and water damage.

Investigators said the fire was caused by unattended cooking.

Three adults and two children who lived in the home were displaced, and two dogs were rescued from the fire. There were no reports of injuries.

Formerly known as Cambridge Arms, the apartment complex has been the site of two double shootings since January.

In July, the owners changed the name and incorporated new security measures to distance the apartments from the shootings and other violent crimes.