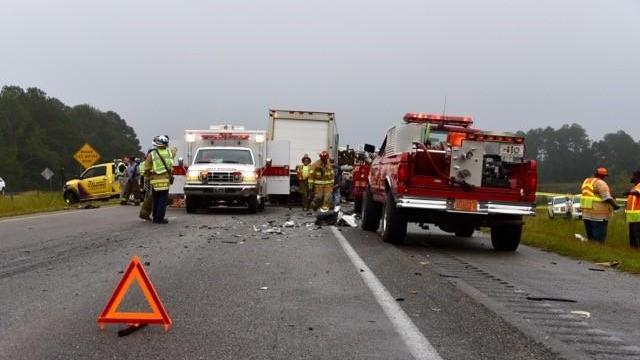 The crash happened at about 7 a.m. near exit 334 in Johnston County. According to investigators, the driver of a flatbed truck was parked on the right shoulder when he attempted to merge onto I-40 east. As the driver, identified as Larry Eugene Kelly, of Durham, pulled into the far right lane, a small box truck hit the flatbed truck from behind.

Traffic was being detoured off of I-40 following the crash.