Tar Heel, N.C. — The State Highway Patrol said Friday it is reviewing actions of troopers during a protest outside a Smithfield Foods pork processing plant in Bladen County.

Scores of animal-rights activists gathered Thursday outside the plant in Tar Heel, reputed to be the largest in the world, and when some blocked truckloads of hogs from entering, troopers and Bladen County deputies were called to clear the protesters off the road. The encounter quickly escalated as authorities tried to keep the protestors back.

"We had tape up to try to keep them out of the roadway, impeding traffic, and they would break the line, come across the line," Bladen County Sheriff Jim McVicker said Friday, adding that most of the protesters complied when asked to get back.

Some protesters began hurling obscenities at law enforcement, and after some bumping and shoving, troopers tried to take one man into custody.

Cellphone video of the incident shows a trooper punching the man in the arm on the ground as he was restrained by three other troopers. (WARNING: Video contains profanity.)

But a second video taken from a different angle shows the man appearing to reach for a trooper's gun as he is taken to the ground. (WARNING: Video contains profanity.)

The man, identified as Anthony Collini, 33, of Orlando, Fla., was charged with resisting a public officer. He was released from jail after posting a $4,000 bond and was back protesting outside the Smithfield plant Friday. 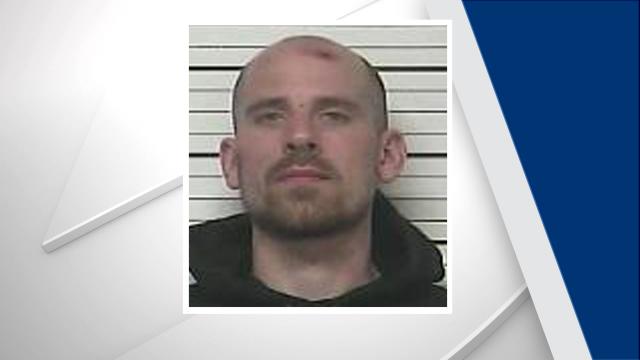 "We were all protesting peacefully and honestly," Collini said Friday. "[A trooper] kept touching me without my permission, and I didn't want that to happen, and he didn't like that."

He denied reaching for the trooper's gun.

McVicker, who witnessed the incident, said he saw the man try to grab the gun.

"Everything was done according to the way it should have been handled," the sheriff said. "You want to get them under control and protect your life and others – whatever it takes, and that's what we do."

Although the incident is under review, the Highway Patrol said that, based on the evidence seen so far, no troopers are under formal investigation.

Shannon Blair, an animal-rights advocate from Melbourne, Fla., said she and other protesters are simply trying to raise public awareness about environmental problems caused by pork production.

"I'm fighting for the animals, and I have been since I was 9 years old, but I'm now also fighting for my 7-year-old son because he's going to be on this planet, hopefully, a lot longer than me," Blair said.

Collini said he suffered a concussion in the incident, and he and others who were arrested say they plan on filing excessive force complaints against the Highway Patrol and the Bladen County Sheriff's Office.