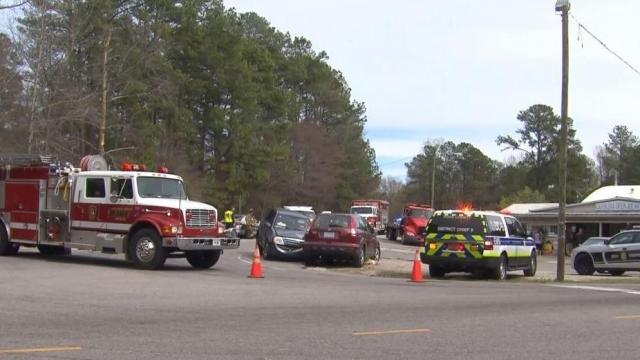 Raleigh, N.C. — A 5-year-old from Harnett County died Saturday afternoon when three vehicles were involved in a wreck near the intersection of Poole and Barwell roads in Raleigh.

According to troopers from the North Carolina State Highway Patrol, a 1994 Ford van driven by Barbara Rohrer, 26, of Zebulon was traveling west on Poole Road near Barwell Road when Rohrer attempted to make a left turn.

A 2006 Suzuki driven by Francine Johnson, 60, of Raleigh struck the back of Roher's Ford, causing it to travel left of center and collide head-on with a 2007 Honda driven by Briony Kinnear, 41, of Raleigh.

A passenger in Rohrer's vehicle, Madison Harper, of Erwin, died in the crash, and troopers said she was not wearing a seat belt. Two other people involved in the wreck were injured.

Johnson was charged with failure to reduce speed and misdemeanor death by motor vehicle.

Rohrer, who is Harper's aunt, was charged with a child restraint violation. Authorities said there was a car seat in the vehicle at the time of the crash, but the child was not restrained.