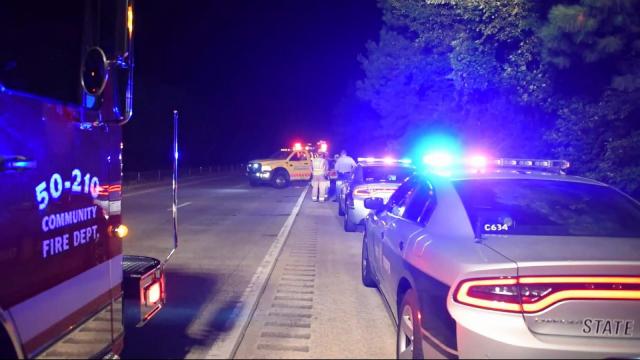 Johnston County, N.C. — A wild chase and crash on Interstate 40 in Johnston County early Tuesday sent one man to the hospital with minor injuries.

The suspect was driving about 110 mph and ran other cars off the road, authorities said. That's when Trooper Kurt Mills decided to perform a PIT maneuver - or precision immobilization technique - that knocked the driver's car into the tree line.

The driver, identified as 47-year-old Victor Hoskins of Durham, is facing multiple charges. Troopers said he was driving drunk and the car was stolen.

No one else was hurt.