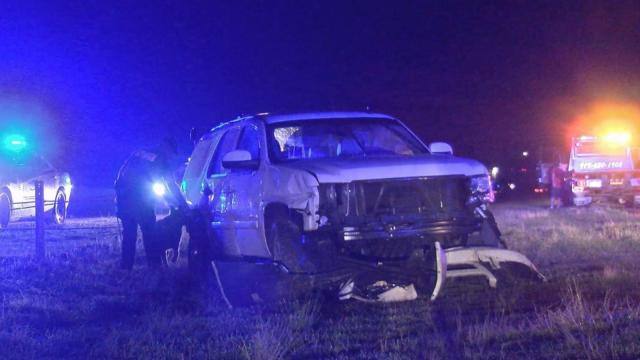 N.C. — Charges are pending against occupants of a vehicle stopped early Saturday morning after a high speed chase through Sampson and Johnston counties.

North Carolina State Highway Patrol troopers performed a traffic stop on Interstate 40 near Suttontown Road after clocking a Chevrolet Tahoe speeding 90 mph in a 70 mph zone. When the trooper approached the stopped car on foot, the driver took off.

Troopers used stop sticks and roadblocks in attempts to stop the vehicle, which had four people inside, ages 14, 15, 19 and 21. As the SUV drove through Johnston County, a trooper used a PIT maneuver to spin the vehicle into the center divider.

Officials said the maneuver was executed at 100 mph, but no one was injured.

The occupants of the Tahoe were arrested, authorities said.