New Bern, N.C. — A federal jury on Friday awarded $7 million to a State Highway Patrol trooper seriously injured in a Christmas Eve 2014 crash on eastbound Interstate 40/85 near Mebane and his wife.

D.C. Justice was part of an accident reconstruction team at the site of an earlier wreck involving an SUV and a fire engine. His Chevrolet Tahoe had its blue lights flashing and was blocking a lane to direct traffic away from the crash scene, authorities said. 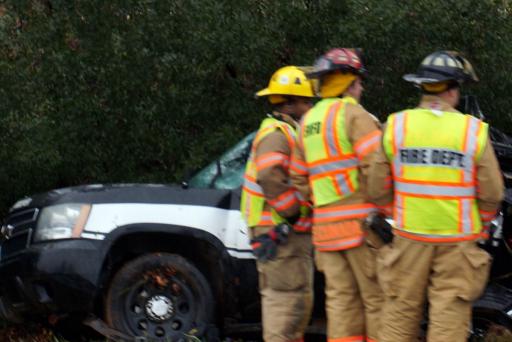 A Greyhound bus driven by Robinson slammed into the back of the Tahoe, sending it off the shoulder of the highway into some nearby woods and sending Justice to Duke Regional Hospital with head, neck and arm injuries.

"A couple of people yelled out, and boom. He hit the back of a cop car," Benjamin Martin, who was heading from Charlotte to Wilmington to visit his mother, said after the crash.

Daniel Kistle, who was traveling from Atlanta to Raleigh for the holidays, said he never felt the bus slowing down before the crash. 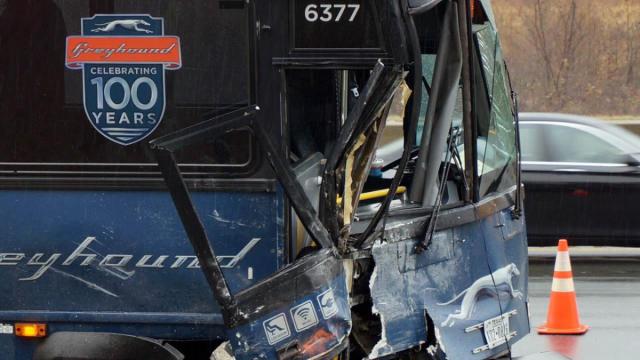 "I don't think the driver hit the brakes at all. There was a little bit of a swerve, which probably saved the driver's life, but he smashed into the trooper pretty hard," Kistle said. "It was like there was no driver at the wheel. We were going at it full speed right into the back of a cop car."

Robinson was charged with reckless driving and failure to reduce speed to avoid a collision.

About 40 people were on the bus, and 10 were treated at nearby hospitals for minor injuries.

Jurors determined that neither Justice nor the Highway Patrol was negligent in the crash, and they awarded him $6 million for his injuries and Lisa Justice $1 million for the effects the crash has had on their marriage.