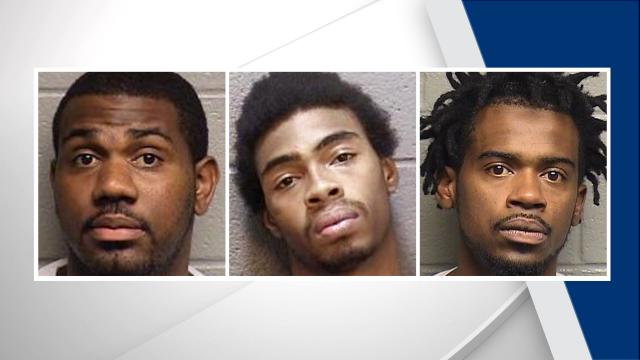 Durham, N.C. — Two brothers and a third man were charged Wednesday in a weekend shooting outside a Durham fast-food restaurant that left one person dead and another one wounded, police said.

Rashawn Harwell, 25, Taylor Jones, 27, and Larry Harwell, 28, all of Durham, were arrested in Wake County and charged with murder and assault with a deadly weapon with intent to kill.

Officers responded to a reported shooting near the Cook Out in the 3600 block of Hillsborough Road at about 2 a.m. Sunday and found Otha Watson wounded.

A woman was also shot in the incident and was taken to a hospital in a private vehicle for treatment of injuries that weren't considered life-threatening.

The three men charged were being held without bond in the Durham County jail.