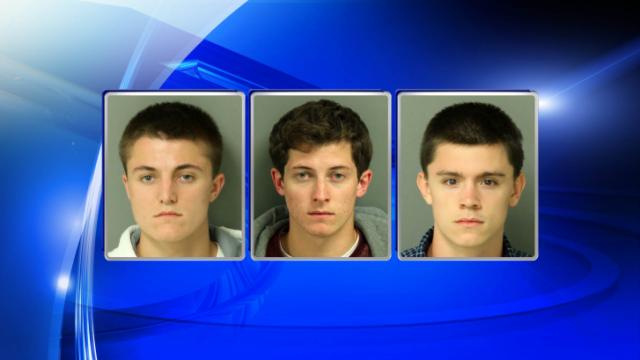 Raleigh, N.C. — Three men were charged Sunday with stealing an emergency phone on the North Carolina State University campus, according to police records.

Sean Vandergrift, Brian Joseph Cunningham, and Matthew R. Cunningham, all 18, all of Marlton, N.J., were charged with felony larceny. They were each released on $5,000 bonds.

Arrest warrants state that the three stole an emergency blue light phone pole, valued at $2,500, from the campus on Saturday.

Charges against Vandergrift were dismissed after he completed 24 hours of community service.