Triathlons growing in popularity but the races pose health risks for some, new study shows

Raleigh, N.C. — Whether for bragging rights or to accomplish a bucket list goal, more and more people are participating in triathlons, but the events can push the participant's body to its limit, and for some people, beyond their limit.

Resent research suggests that some people should use caution when weighing whether to complete a triathalon, because the study shows that some men are at greater risk for sudden death during the event.

"Those men in the older age group who have underlying risk factors for cardiac disease are undoubtedly the highest risk group," said Dr. Dermot Phelan, a physcian at the Cleveland Clinic.

The research looked at nine million triathlon participants who were over the age of 31 who participated in the grueling races, where contestants have to swim, bike and run.

Results show that death and cardiac arrest are not rare in those events; the incidence of sudden death is about 1.7 per 100,000 participants. 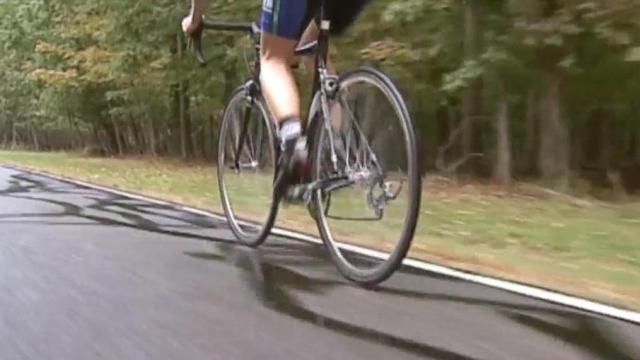 The study shows that men have significantly higher risk than women.

And others at higher risk include older participants and those who are competing in their very first race.

Swimming is the one portion of a triathalon where most sudden death cases occurred.

According to researchers, most of the people who died suffered from underlying heart disease or had a heart abnormality.

"If you are going to participate in a triathlon, it's very important that you pay attention to your symptoms," Phelan said. "If you are getting chest pains, shortness of breath, palpitations (or) lightness in the head when you're participating, then you should see a cardiologist that has some experience in dealing with athletes."