Triangle woman's advice to avoid being caught by look-alike websites

Raleigh, N.C. — The operators of some websites promise that they can provide services that usually are free— but the catch is they will cost you.

It happens often, especially when people try to go to government websites for items like driving licenses, passports and Social Security cards.

One local viewer reached out to 5 On Your Side to keep others from making the same mistake she did.

"I just Googled, 'How do I replace my Social Security card?' and up came the website," said Donna Smith.

Smith said the website, GovSimplified, advertised that users could get their Social Security card from home. It seemed to be exactly what she needed.

"So I'm filling out [the online form], and I started getting a little leery when it was asking for my Social Security Number, but it looked like a government site, so I went ahead and finished it," Smith said. 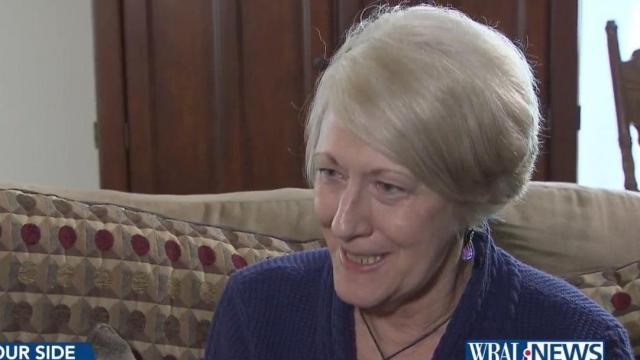 Next, Smith was emailed a packet that asked her for a copy of her passport and driver's license.

"I laughed, like, I'm not gonna do that," said Smith, who called customer service next.

The man on the phone said, "Well, you have the package so we're charging you."

The website was charging $37 for a packet of forms you can get yourself for free online or from your local Social Security office.

To date, the Better Business Bureau has 145 complaints against GovSimplified, many complaining it was an unnecessary and costly step. Smith saw those reviews too late.

The website is one of many companies that operate look-alike sites and charge for forms that consumers can get for free.

For example, one viewer complained to 5 on Your Side that she unknowingly used a third-party site to change her address on her driver's license. The website wanted $24 so the user could download their guide on "how to do that."

The answer is simple -- at your local DMV office, or, for some things, online.

"I'm too old to be getting duped like this, you know, I should know better," Smith said.

GovSimplified posts disclaimers on their homepage, saying they're "not affiliated nor endorsed by the Social Security Administration," but Smith doesn't remember seeing that.

When 5 On Your Side called GovSimplified, a spokeswoman said they help "by simplifying the process" so that people "don't have to actually go to the actual Social Security Office."

Smith and others say had they realized they were paying for forms they could have picked up or printed out. Her advice? Be wary.

"Before you do anything wait, just wait, put some time in there and check it out," Smith said.