Raleigh, N.C. — The Triangle's first and only African American-owned and operated swim team is making history.

Founder Gerard Woody said he never dreamed he'd be the first African-American in the Triangle to own a swim team.

When he was 10, his dad discouraged him from even joining one.

"He was like, 'You can't join the swim team. Black people don't swim,'" Woody said. "And that concept to me just didn't work with my brain. Since that day, I just was always trying to bring diversity to the sport."

Woody's love for the sport led him to a spot on North Carolina State University's swim team. Last year, he said, forming his own team came with challenges.

"We had no pools and no lanes, but I had a group of kids that just wanted to swim with me regardless," he said.

Josh Wall, 17, and his teammates now swim with Woody at Millbrook Pool. Their team, Swim Tribe, is recognized by North Carolina and USA Swimming.

"I always wanted Woody to be my coach," said 17-year-old member Josh Wall. 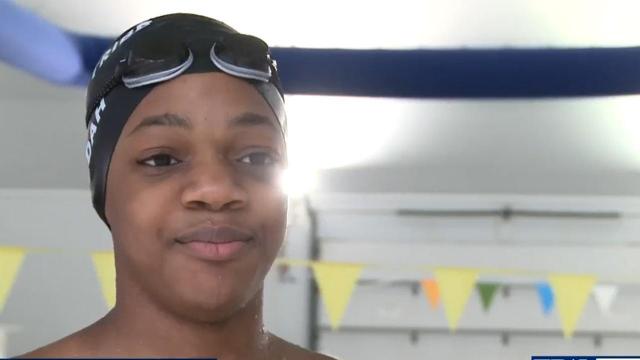 "He happened to get first in the 100 butterfly for the 10 and under division in the state," Woody said. "So he's number one in the state."

The diverse group of teammates enjoy being around each other as much as they enjoy swimming.

"[It's just the] atmosphere and the character," said Hall. "[The team] makes this team special...and the coach."

"We have 'heart-to-hearts,' and that's what makes us a great team," Wall said.