Triangle restaurants we lost in 2020 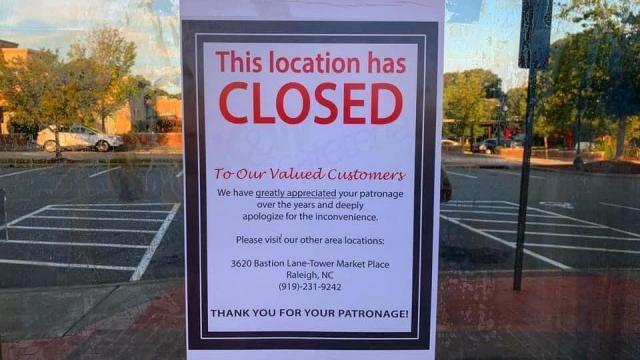 Raleigh, N.C. — This year has been tough on the restaurant industry, and we've had to say goodbye to way too many local favorites. Here is a list of those restaurants that have announced they would be closing permanently this year:

For more updates on restaurants opening and closing in the area, check out Triangle Food Guy's Foodie News every Friday.

If you are aware of another restaurant closing not on this list, please send the name, address and contact information to khanrahan@wral.com.