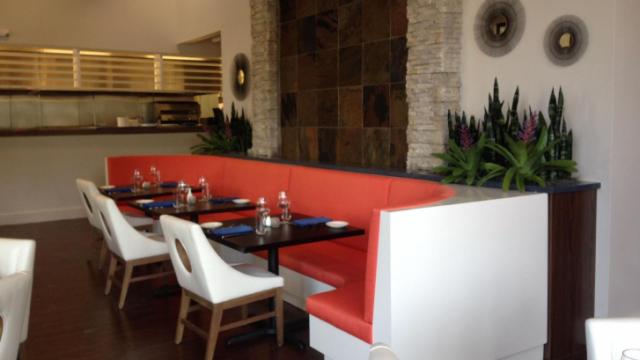 Raleigh, N.C. — A few openings coming up next week and before the end of the year:

Faire, a new steak and seafood restaurant from Eschelon Experiences, will open its doors for dinner in Raleigh's Cameron Village on Monday. Check out our sneak peek of the restaurant.

Also opening next week: b.good in North Hills. The restaurant is expected to open on Oct. 18. This is the chain's first North Carolina location. The restaurant serves up fresh and handmade burgers, sandwiches and more.

Food truck staple Only Burger opened its second brick-and-mortar location this week in Durham. The American Tobacco Campus location is twice the size of Only Burger's first location on Shannon Road.

We have a new opening date for P.G. Werth's, a restaurant venture by Gregory Hamm, owner of Cafe 121 and executive director of the Central Carolina Culinary Institute at Central Carolina Community College. The restaurant is planning to open in early December, TBJ reports. P.G. Werth's, named for the culinary instructor who inspired Hamm, will be located in the first floor of an apartment building at 927 W. Morgan St. It is expected to serve up locally grown foods, and include a coffee bar and prepared foods market.

Another hotel restaurant to note: the 21C Museum Hotel, which is expected to open in downtown Durham in February, will house Counting House - a high-end restaurant, TBJ reports.

C. Grace bar was damaged this week by a crews demolishing a nearby office building. They expect to be fully open by the weekend. Right now, their Empress Room remains open with live music.

A new "neighborhood bar" is opening in west Raleigh, Triangle Business Journal reports. The Medlin, at 3037 Medlin Drive, is hoping to open by the end of the month in a small shopping area off of Dixie Trail. It is owned by the same folks who own The Goat bar.

The Ritz, a club at 2820 Industrial Drive in Raleigh, has been purchased by Live Nation, The Independent Weekly reports. The 2,000-plus capacity club will be owned and operated by the House of Blues division of the concert promoter. The goal is to present at least 80 concerts there each year. The venue is currently undergoing an estimated $1 million renovation.

The B-Side Lounge has officially opened on North Greensboro Street in Carrboro, the News and Observer reports. It is owned by Drew Moore, who also owns Venable Rotisserie Bistro in Carr Mill Mall. The two restaurants are next to each other and share a kitchen. B-Side is focusing on small plates.

Only one closing to note this week: in Raleigh has closed, Triangle Food Guy reports.