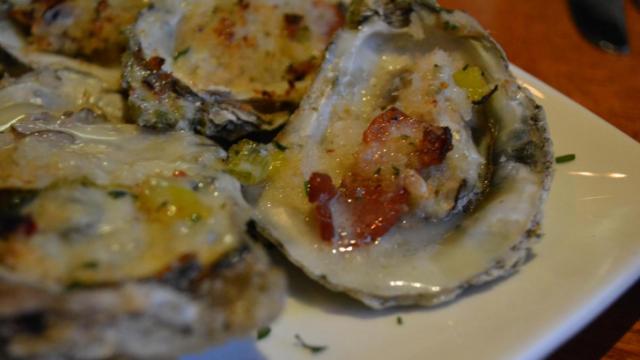 Raleigh, N.C. — Benelux is expected to open its location in the Crescent Cameron Village building next week. A post on the coffee shop's Facebook page said they are targeting a Wednesday, Sept. 24 date. City Market Cafe will be moving into Benelux's old City Market location. No word on when they plan to open.

Benelux is in good company in Cameron Village. just opened in the Crescent building and the steak and seafood restaurant Faire is hoping to open in the area by the end of the month, Triangle Food Guy reports.

Speaking of Brixx, the pizza restaurant is planning too open two Cary locations next year, Triangle Business Journal reports. The restaurants will be located in the new Parkside Town Commons development and in the new Bradford apartment and retail area at Davis Drive and High House Road.

Also in Cary, Totopos has opened in the old Chili's building on Kildaire Farm Road across from Trader Joe's.

Shucker's Oyster Bar is hoping to open its Glenwood South location at 510 Glenwood next week, according to the News and Observer. In the same building, Vincent Barresi, who has a pizzeria in north Raleigh, is planning to open the restaurant Big Boom in by the end of October. The N&O reports that the menu is expected to include chianti-braised short ribs and pork chops with bacon and sweet onion relish. Also, moving into the building: which is hoping to open by Thanksgiving. It is from the owner of Sushi Blues Cafe.

Since we are talking about seafood, it is good to hear that Full Moon Oyster Bar is planning to open its Morrisville location the first week in October, Triangle Food Guy reports. This place offers fresh seafood and the folks behind the bar will even shuck the oysters right in front of you. It will be location in the Park West development. Also in Park West Village, California's Blaze Pizza is planning to open a location.

A few closures to report this week:

Since we have been talking about seafood and oyster bars this week, I wanted to mention that Dean's Seafood is holding its annual Oystoberfest starting Saturday through Oct. 5. Check out their menu of hard-to-find oysters and unique area brews.