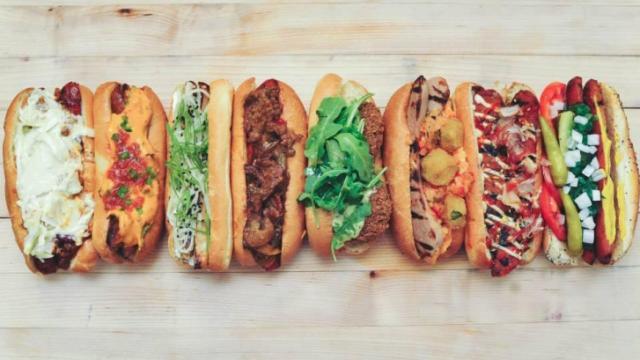 Raleigh, N.C. — Tasty 8's hot dogs will officially open its doors and walk-up window Friday (today) at 11 a.m. It will be open until 3 a.m. The menu also includes shakes, fries and beer.

Durham Distillery will be moving into the space next to The Blue Note Grill. It will be located at 711 Washington St.

The World of Beer's Cary location will open on Sept. 2, Triangle Business Journal reports. The tavern is in the Arboretum in the Weston shopping center.

Also in Cary, Mexican restaurant Totopos is going to be opening in the old home of Chili's on Kildaire Farm Road, Triangle Food Guy reports. No word on when they will be opening.

Heavenly Buffaloes, the new wing place from the owner of Dain's Place in Durham, is planning to open as early as next week, The Herald Sun reports. The restaurant, located on West Markham Avenue, will serve up 15 flavors of wings, waffle and sweet potato fries and bottled beer. There will even be vegan wings.

Kings North Hills, a bowling alley that is moving into the old Sparian's location in the north Raleigh shopping area, is planning to open its doors Oct. 22. I took a tour yesterday and crews are hard at work transforming the place.

The Carolina Ale House plans to open a location in the new expansion of the White Oak Crossing shopping center in Garner, Triangle Business Journal reports. The expansion will be anchored by Cabela's, which is expected to open April 2015.

Foster's Market Chapel Hill will be changing its name to The Root Cellar Cafe & Catering the first week of September, according to a press release. The same core breakfast, lunch and dinner menu will be available, but look for a few new items and expanded service. The Root Cellar will serve breakfast until 2 p.m., offer blue plate lunch specials and expand efforts on dinner service and off-site catering.