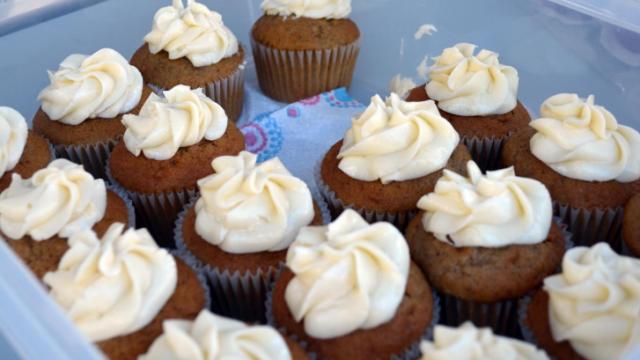 Raleigh, N.C. — A popular food truck has opened a brick-and-mortar location. Iced Cupcakes now has a shop at 5911 Poyner Village Parkway in Raleigh.

A new beer garden is headed to downtown Raleigh. The Stag's Head will be located on Glenwood Avenue. Owners told me they plan to be open in about two weeks.

, a roaring 20s cocktail bar on Fayetteville Street in downtown Raleigh, is hosting a grand opening party Saturday where guests can enjoy craft cocktails, light hors d'oeuvres and jazz music. The party starts at 6 p.m. and runs until 2 a.m. They are also running a Living Social deal where you can purchase two one-year memberships to the club and two cocktails all for $19.

Harvest Sundries & Deli has opened in the Progress Energy building in downtown Raleigh, Triangle Food Guy reports. They serve breakfast and lunch items including hot and cold sandwiches, wraps and pizza. They are open Monday through Friday 7 a.m. to 5 p.m.

A new Jet's Pizza has opened off of Wake Forest Road in Raleigh.

Some grocery store news: Whole Foods Market is planning to open a second location in Cary. The newest store will be at the mixed-use Alston Town Center. It is expected to open in 2016.

Harris Teeter is closing its Homestead Market location off of NC Highway 54 in Durham, The Herald Sun reports.