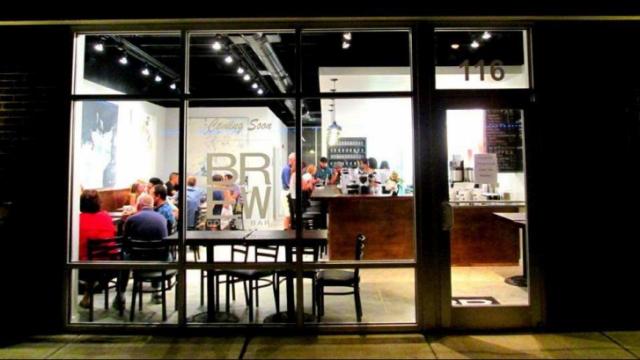 Raleigh, N.C. — BREW, a new coffee bar, has opened in Raleigh's Seaboard Station. The bar is also planning on offering beer in the future. BREW is open Monday through Friday 7 a.m. to 9 p.m. and 8 a.m. to 9 p.m. on Saturdays.

More coffee news: Bean Therapy is celebrating the opening of its Strickland Road location in north Raleigh with an open house on Saturday from 10 a.m. to 6 p.m.

Cincinnati-based Tom+Chee has announced plans this week to open a restaurant in Carrboro. This chain, which was featured on the reality show "Shark Tank," specializes in grilled cheese and tomato soup.

A new organic restaurant is headed to north Raleigh. Organic Festival is expected to open in the Poyner Shopping Center near Triangle Town Center in November, Triangle Business Journal reports. The restaurant will serve only USDA-certified organic products. They plan to make their own bread and serve up sandwiches, stew, pizza and salad.

Supreme Hibachi Buffet is moving into the old Blinco's home on Glenwood Avenue, Triangle Food Guy reports. No word on when the restaurant will open.

A new breakfast and brunch cafe is headed to Durham's Phoenix Crossing Shopping Center. Nzinga's will be located at 826 Fayetteville St. No opening date is set, but they did host a tasting party this week.

A new Chick-fil-A is planned at the Lake Boone Shopping Center in west Raleigh. Triangle Business Journal reports that it will be located in the former home of Wendy's near the intersection of Lake Boone Trail and Interstate 440. It is expected to open in the spring.