Raleigh, N.C. — Looking for a house can be exciting, especially for a first-time home buyer.

Erika Brown was looking forward to the process. She has a college degree, a good job and an above-average paycheck, so she thought she would be able to compete with other home buyers in Durham. She quickly learned that wasn't reality.

"I was very ready to give up. It's exhausting," Brown said.

She and her partner had a budget around $250,000. They couldn't find many properties in that range, and when they did, they were frequently outbid by people coming in with more cash and better offers. 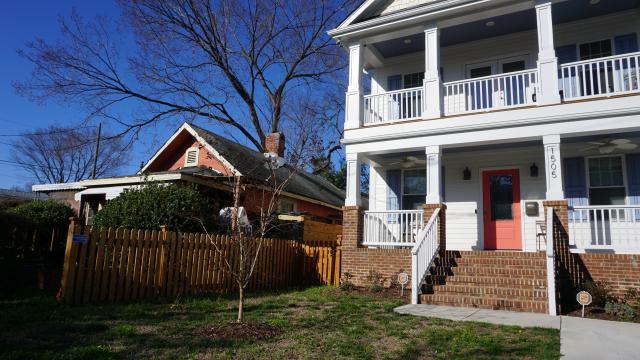 Brown works for Triangle Council of Governments and spends her days trying to help local governments deal with the growing affordable housing crisis. She's an expert and still never dreamed she would run into so many problems in her own search.

"I thought that my partner and I, who both have graduate degrees, we both have professional jobs, we are certainly considered middle income. We are not really low income. We thought we may have more leverage in the market," she said.

"The story starts with those people," said WUNC reporter Jason deBruyn. "The people who perhaps have masters degrees, people who thought they could pretty easily afford a place to live."

DeBruyn spent three months looking into what is going on in the Triangle for WUNC's series "Where we Live."

"You want to be in demand. People want to move here. We are fast growing," deBruyn said. "You have to remember, not everyone experiences that same economic success."

The affordable housing issue starts with the middle-income people like Brown and trickles down to low-income families who are either pushed out of existing communities as they gentrify or can't find housing to begin with. 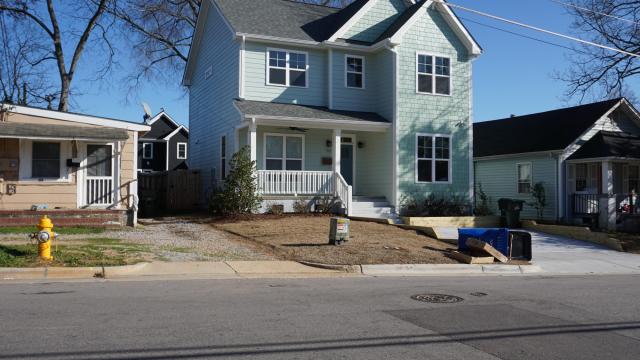 "You want someone to come in and to invest some money and to build something that's nice. But then the question is: Who is that person that's coming in and are they joining the community or displacing people from the community?" deBruyn said.

The N.C. Housing Coalition defines affordable housing as that which costs a 30% or less of a household budget. In 2019, the median price for a piece of property in Wake County was listed at more than $302,000. This prices a lot of families out. 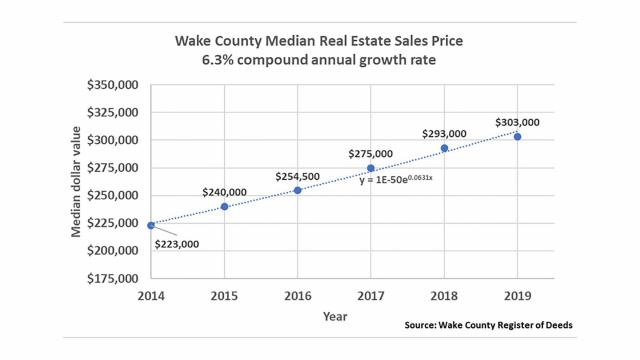 "Prices in Wake County are going up at a 6.3% annual compounded growth rate. If your pay is going up less than 6.3%, then the number of housing units that are available for you to buy is going down," Charles Gilliam, Wake County Register of Deeds, said.

Brown was eventually able to find a home in the Durham area after months of searching. She said she lucked into it and wants others to understand how tough it is even if you have money and are ready to buy.

"There's certainly a lot of graduates from the universities that I am sure are dealing with this who are first-time home buyers," she said. 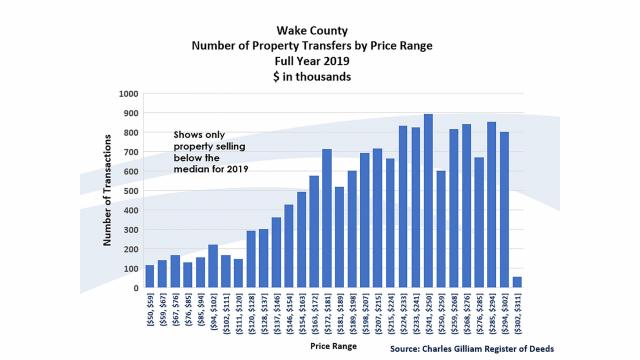