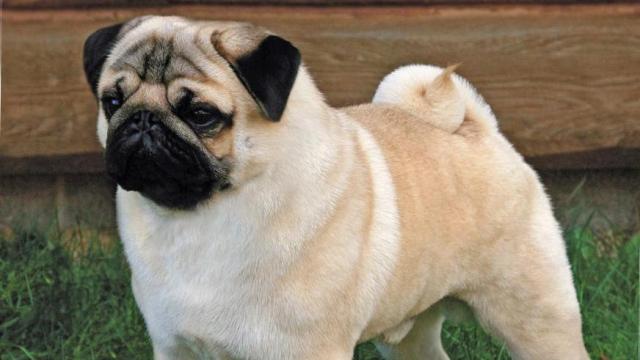 New York — More than 2,000 dogs, including several from the Triangle, came together in New York City on Monday for one of the most prestigious dog shows in the country, the Westminster Kennel Club Dog Show.

Chapel Hill competitors Emily Goldstein, 16, and her beagle, Winston, competed in the Westminster Breed competition for the first time this year. They also competed in the Junior Showmanship competition, where Emily was judged on how well she interacted with Winston.

“We spend weeks and months working with our dogs and training. I think people would be really surprised with how much time we actually spend with them,” Emily said.

Winston did not place in his breed on Monday. He made the first cut for Junior Showmanship, but did not make the finals.

Raleigh competitor Aubrey Scheuer used hairspray on her Old English sheepdog, O'Hare, to keep him fluffy and looking his best.

“For your 15 seconds of fame in there, you literally have to spend about four hours (in preparation) for this breed,” she said.

JJ the pug from Chapel Hill had his own fan and mister to keep cool in the ring.

“He did everything that was asked. He looked great, so we'll keep our fingers crossed,” said owner Carolyn Koch.

JJ won his breed on Monday and placed fourth in the toy group.

Westminster is one of the few dog shows that requires owners to bench their dogs, meaning the dogs must be out on display so the public can have a chance to meet and interact with them.

“This is like going to the Louvre. It's not just seeing the Mona Lisa, but seeing every great painting that you've wanted to see,” said Audrey Sands, a Westminster fan.

In the end, it all comes down to the judge.

“You are looking for a dog that says, ‘Pick me, pick me,’” said judge Dennis McKoy, from Apex. McKoy was tapped to judge the toy breed group Monday night, an assignment so prestigious that he was asked two years in advance and had to keep it a secret.

“I try to be fair, and I think most people know I am,” he said. “It's just my opinion on the day, and sometimes you look out there and say, 'What am I going to do?'”

McKoy became a judge after breeding and handling top show dogs. He says has won seven groups at Westminster over the years.

"When you are showing, you hope your dog is in a solid state of mind and that everything is going to work for you, and when you get out there, they aren’t going to see a butterfly and be bothered with it," he said.

For many competitors, they say just being invited to Westminster is a dream, no matter the outcome of the competition.