Trial by Fire: Critics Demand That a Huge Sepsis Study Be Stopped 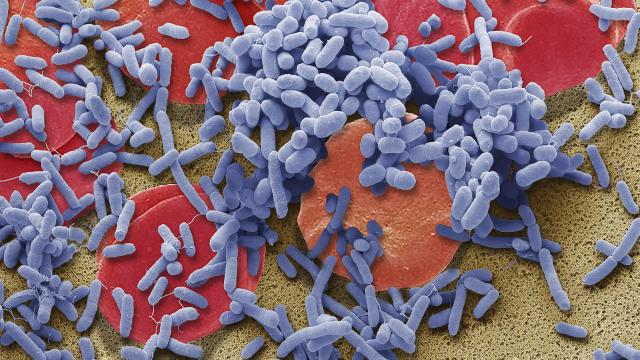 A large government trial comparing treatments for a life-threatening condition called sepsis is putting participants at risk of organ failure and even death, critics charge, and should be immediately shut down.

A detailed analysis of the trial design prepared by senior investigators at the National Institutes of Health Clinical Center in Bethesda, Maryland, concluded that the study “places seriously ill patients at risk without the possibility of gaining information that can provide benefits either to the subjects or to future patients.”

In a letter to the federal Office for Human Research Protection, representatives of Public Citizen’s Health Research Group compared the study, called CLOVERS, to “an experiment that would be conducted on laboratory animals.”

“The human subjects of the CLOVERS trial, as designed and currently conducted, are unwitting guinea pigs in a physiology experiment,” Dr. Michael Carome and Dr. Sidney M. Wolfe wrote in their letter.

Begun in March, CLOVERS is funded by the NIH — despite the criticism of its own investigators — and aims to enroll 2,320 patients at 44 hospitals around the country.

In interviews, the scientists leading the study defended its design, saying that participants are receiving all the care that sepsis patients normally would receive.

“The guiding principle is patient safety, which takes priority over all else,” said Dr. Nathan I. Shapiro, an associate professor of emergency medicine at Harvard Medical School and co-chairman of the protocol committee for the study.

Sepsis develops when the body mounts an overwhelming attack against an infection, causing inflammation throughout the body. It is first treated with antibiotics. If sepsis progresses, the body may experience a catastrophic cascade of changes, including blood clots and leaky blood vessels that impede blood flow to organs.

At least 1 million Americans are diagnosed with sepsis every year, and the death rate is high: up to 30 percent succumb to the illness.

But while most adults know they must seek care immediately for a heart attack or stroke, only about half know that sepsis requires urgent medical attention, according to a survey by Sepsis Alliance, a nonprofit organization.

Signs of sepsis include an abnormally high or low temperature, an underlying infection (which may not be apparent without a blood test), signs of confusion or sleepiness, and feelings of extreme illness, pain or discomfort that make people feel they are about to die.

CLOVERS is designed to test a new strategy for treating septic shock, a dangerous drop in blood pressure that chokes blood flow to organs, affects the heart and can result in death.

The goal of the trial is to determine whether it is better to limit fluids and start vasopressors — drugs that constrict blood vessels — quickly, or to use more intravenous fluids and postpone giving the drugs to patients.

At issue is whether patients participating in CLOVERS are being given treatment that deviates from usual care — so much so that lives may be endangered by the research. Participants are only enrolled for 24 hours, but the first hours of treatment are critical for survival.

Vasopressors can be administered early on, during or after the infusion of fluids; a new treatment guideline for hospitals says the drugs should be started within the first hour if patients aren’t responding to intravenous fluids.

Many physicians have been critical of rigid guidelines like this one because they don’t allow for individualizing treatment and appear to discount the doctor’s clinical judgment.

Both fluids in large amounts and vasopressors can cause serious complications, but when a patient’s condition continues to deteriorate, doctors use both interventions, adjusting them depending on the severity of illness.

They generally start with fluids, which in small amounts are considered less toxic than vasopressors.

But participants in CLOVERS are randomly assigned to a “liberal fluids” group who receive large infusions of fluids in a very short time but limits the use of vasopressors, or to a “restrictive fluids” group in which fluids are minimized and drug treatment begun earlier.

Scientists leading the study note that treatment is not hard and fast, and insist that all participants are getting medical care that “falls within the range of usual care.”

Still, they recently altered one of the treatment protocols after physicians in the study complained that its protocols were inconsistent with their practices.

The recent protocol modification slowed the rapid infusion of fluids in the first group, the “liberal fluids” arm of the trial. But the change could delay administration of vasopressors in that group even when blood pressure remains dangerously low.

Critics say the change did not allay their concerns: Patients in both treatment arms potentially could go without lifesaving therapy and are not being properly informed of the risks.

“Both vasopressors and fluids are lifesaving, and inadequate or excessive amounts of either one can cause death,” Carome said.

If neither treatment arm approximates usual care, as critics contend, the investigators may be unable to draw meaningful conclusions — they won’t know how the two experimental treatments stack up against the usual care. It will also be difficult for safety monitors to know if participants are dying at abnormally high rates.

Though patients in the trial are randomly assigned to one of two groups getting very different treatments, Shapiro insisted all are receiving what would be considered “usual care” — because treatment for sepsis already is variable in hospitals around the country.

In the study, a patient’s physician may deviate from the experimental treatments at any point to provide a lifesaving alternative. “If the physician at the bedside thinks the patient needs a specific treatment, they will get it,” Shapiro said.

The trial protocol, he noted, was developed by more than 20 experts in emergency and critical care medicine, reviewed by an independent peer review committee and approved by a central institutional review board tasked with protecting the rights of human subjects.

Medical experts in the field generally agree there is a need for better scientific evidence on how to treat sepsis.

“There is not a lot of data about how much fluid to give, how much is enough, how much is too much, how much is too little,” said Dr. Tiffany Osborn, an emergency physician and critical care specialist speaking on behalf of the College of Emergency Medical Physicians. “That information is hard to get a handle on.” Another expert not involved in the trial said the study appears designed to challenge current care guidelines.

“Certainly care is often fluids and then vasopressors, and this study is provocative in that it goes against that and says maybe what we’ve been doing for decades may not be the right thing, and maybe we should be giving the vasopressors early on,” said Dr. Matthew Churpek, an assistant professor of pulmonary and critical care medicine at the University of Chicago.

Carome, of Public Citizen, is not convinced that the study provides anything like the usual care. “We think CLOVERS can’t be fixed,” he said.