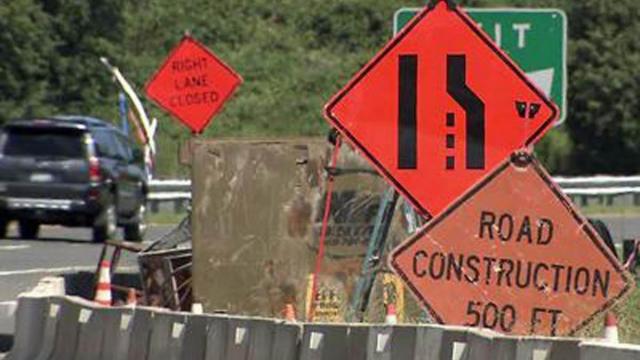 By Mark Binker and Bruce Mildwurf

If adopted, the plan will scrap the current road funding scheme that evenly divides construction money across 14 districts and shift money away from secondary road maintenance in order to plow more funding into new construction.

"Everybody sort of had their share across the state, and now what we've got is a way to prioritize projects based upon need, regardless of where it is in the state," Transportation Secretary Tony Tata said. "The priority becomes ensuring we're addressing the greatest needs."

Tata dubbed the new funding scheme the "strategic mobility formula." Under the plan, leaders in the state's 14 transportation divisions would have control over only roughly 20 percent of the state's road building dollars. The remainder of the funds would be split between projects deemed to be of high statewide importance and those of importance to regional areas.

Selection of those larger projects will be primarily data-driven and not based on politics, Tata said.

Changing the formula will let state leaders better take into account how roads my help attract businesses to or keep big industrial players in North Carolina.

"We're including things in our decision making process that haven't been part of it, including economic development and jobs," McCrory said. "We've had the same distribution formula since 1988. It's the year 2013, maybe it's time to give it a new look."

The plan does not raise any new money to pay for transportation needs.

"The funding of projects is the second half of the discussion," Tata said.

Despite not raising any more money, Tata and McCrory claim the new funding plan would build more roads and create more jobs. Summaries handed out by the state Department of Transportation said the agency anticipates building 260 projects, creating more than 240,000 jobs over the next 10 years.

Both Senate President Pro Tem Phil Berger and House Speaker Thom Tillis gave their blessing the funding reorganization Thursday, a sign that legislative leaders are likely to give McCrory the authority for which he's asking.

"The House stands ready to move whatever legislation is necessary," said Tillis, R-Mecklenburg.

For years, lawmakers used the equity formula to ensure road projects, and the projects they brought, were evenly salted throughout a variety of legislative districts. Many saw this as a boon to rural areas at the expense of major urban centers.

Berger, R-Rockingham, said that shifting the funding formulas would allow big loop projects that move a lot of people and relieve congestion to be built more quickly.

However, Berger, Tata and others were reluctant to outline winners and losers. Rather, they said, the new plan would help connect all areas of the state, including rural areas that now are disconnected from nearby urban centers.

"What I want to do is connect metropolitan areas with small towns so small towns have a chance to get out of this recession," McCrory said.

Berger pointed to the Interstate 85 bridge over the Yadkin River in Davidson County as a project of statewide importance that had trouble getting funding under the existing equity formula for road funding.

"That was something that everybody agreed needed to be done," he said.

Ultimately, Gov. Bev Perdue and lawmakers had to create a "mobility fund" to work around the existing funding formula process.

Tata said the new strategic mobility formula would allow those expensive, high-priority projects to get done sooner. It would also allow the state to think about building ambitious new projects. For example, he said he has spoken with business leaders and other government officials about building a high-speed road link between Raleigh and the Hampton Roads area in southeast Virginia. Under current funding formulas, that project would be all but impossible to contemplate.

"(We need to) have some connectivity that connects regions, that connects North Carolina with even parts of other states," McCrory said. "This is part of our economic development plan."

The plan doesn't address the state's revenue streams for road projects, such as the gas tax.

"First you have to figure out how you are using existing dollars, and we think there's a better way to do it," McCrory said.

"Our state has many unfunded and underfunded transportation challenges," Ebert said in a statement. "Failure to address these will have a detrimental and long-lasting impact on the state’s economy, as well as its ability to retain current investments and attract new jobs, new investment and expansions."

In order to shift more money into construction projects, the strategic mobility formula shifts about $120 million away from secondary road repairs and taps other pots of money set aside for smaller projects, for an additional $200 million that will be plowed into new projects.

Tata emphasized that state's secondary repair program would still be in effect. However, instead of prioritizing projects by county, repairs would be allotted on a statewide basis.

"Divisions had money they had to spend, so they would say, perhaps, 'OK, let's do X road.' Well, maybe X road didn't need it for three more years to be resurfaced," he said. "We have to be more efficient.

Tata also insisted that the new approach would not affect the money cities get from the state under what's known as the Powell Bill. However, according to a summary of the plan from the department, the McCrory plan would shift how that money is handled.

Under the plan, there would be a two-year phase in, with projects already on the books moving forward. For example, Tata said he doesn't expect the repaving of Interstates 40 and 440 in Wake County will be delayed.

Asked about how this might affect long-sought repairs on Interstate 95, he said the new funding plan could focus more state resources on that area. But he would not comment on how the new model might impact the potential for placing tolls on the interstate.