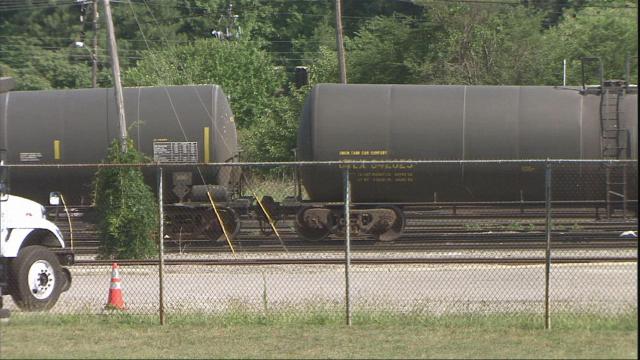 Raleigh, N.C. — The process of restoring a freight train to the tracks in Raleigh should be complete by

Seven cars of a freight train slid off the tracks in Raleigh Sunday afternoon near the intersection of Capital Boulevard and Fairview Road, a spokesman with Norfolk Southern said.

The train of two locomotives and 108 cars was coming from Linwood to Raleigh at the time of the incident, according to Robin Chapman.

None of the ethanol in the cars leaked and no one was hurt, he said.