Tragic History on the Border: A Boy, a Gun and the U.S. Marines 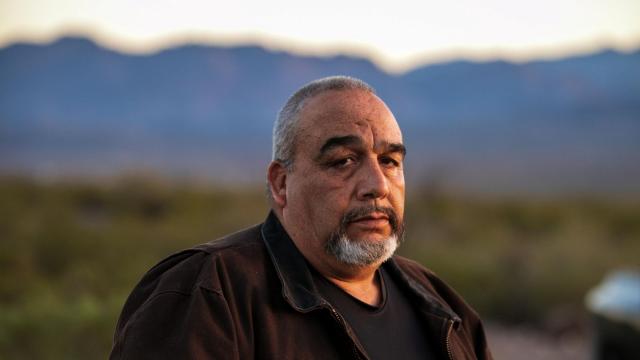 REDFORD, Texas — Nowhere else in the United States is President Donald Trump’s troop deployment to the southwest border weighted with more meaning and heartbreak than in the rugged mountain towns near Big Bend National Park in far West Texas. It has nothing to do with politics or border security.

Hernandez, a high school sophomore who dreamed of becoming a game warden, was shot and killed as he herded his family’s goats after school one day in May 1997. The killer: a Marine corporal on an anti-drug surveillance team assisting the Border Patrol. Hernandez was the first civilian killed by American soldiers on domestic soil since National Guard troops opened fire at a Vietnam War protest at Kent State University in Ohio in 1970 and killed four students.

Hernandez had brought his grandfather’s rifle with him to protect the goats from wild dogs. The Marines claimed he shot at them twice and was preparing for a third shot when the team’s commander, Cpl. Clemente M. Banuelos, 22, fired once from an M-16 rifle, killing him.

Hernandez’s relatives and local prosecutors believed he never saw the Marines — who were hidden in the brush and wearing so-called ghillie suits, fatigues outfitted with foliage to blend into the surroundings. He had turned 18 six days before he was killed.

“My mom never came out of shock,” said Hernandez’s brother Margarito, 49. “She died without ever coming out of shock.”

He stood at his brother’s grave at Redford Cemetery as he spoke. He could see the white cross in the distance — the memorial marking the place where his brother died, at an old well on the rocky desert bluffs above the Rio Grande. It was peaceful, lonely country: The mountain silhouettes against a dome of cloud-streaked sky, the only splash of color from the flowers on the graves. The adobe home where Hernandez grew up, the filled-in well where he died, the church where his funeral was held, the cemetery where he is buried — the landmarks of Hernandez’s whole life and death fit neatly in Redford, population 90.

“He had a poster next to his bed, a Marine poster, one of those posters that the recruiters give away, ‘The Few, the Proud,’ or something like that,” Margarito Hernandez said. “After it happened, my smaller brother, he went over there and grabbed it and tore it down.”

Two decades after Hernandez’s death, the shooting in Redford remains a kind of cautionary tale as the president orders thousands of active-duty troops to America’s southern border in response to the caravan of Central American migrants seeking entry into the United States.

Trump administration officials and military leaders have said that the troops now at the border will serve in a support role only, providing transportation, logistics and other assistance to Customs and Border Protection, the Border Patrol’s parent agency. The soldiers, most of whom are from the Army, are not expected to engage directly with migrants.

But the warlike posture on the border has intensified recently, as the troops set up base camps with concertina wire. On Sunday, officers with Customs and Border Protection shut down a border crossing that leads into San Diego and fired tear gas on hundreds of migrants, including children, to push them back from the border fence. With Trump’s aggressive warnings about the caravan — he said rocks would be considered firearms if thrown at the military at the border — those involved in the Hernandez case said they fear it could happen again.

“Don’t take people who are trained to kill and put them to do a mission on border security, because you’re asking for trouble,” said Bill Weinacht, the lawyer for the Hernandez family. “They’re just not trained for civilian interaction.”

The troops on the border today appear to have a different role from that of the Marines who took part in anti-drug missions in the 1990s. None of the soldiers on the border now are expected to conduct armed clandestine operations hidden in the brush like the Marine team involved in the Hernandez shooting.

But 21 years later, the Hernandez shooting provides a textbook case of what could go wrong. The Marines’ training was inadequate: They were given fewer than three days of dedicated instruction for the mission. Their coordination with the Border Patrol was sloppy: No one told the Marines their observation post was near several homes and that Hernandez had been stopped months earlier by Border Patrol agents for shooting his rifle while herding goats. And the Border Patrol was delayed in responding to the Marines: They arrived 38 minutes after the Marines reported someone was shooting at them, but had they arrived sooner, they would have likely defused the situation, investigators said.

State, federal and military investigations followed the shooting. State and federal grand juries heard the case. But through it all, none of the four Marines on the surveillance team, including the one who fired the single fatal shot, Banuelos, were ever charged with any criminal wrongdoing. Military and federal officials reached a settlement with the Hernandez family, agreeing to pay nearly $2 million.

A congressional inquiry in 1998 found that federal and Pentagon officials were negligent in training and preparing for the mission. “The central problem was that the chain of command regarded the mission primarily as a training opportunity for Marines, rather than as a complex real-world mission involving significant risk,” read the House subcommittee report by Rep. Lamar Smith, R-Texas.

After the shooting, the Pentagon suspended all anti-drug operations by military forces on the border. But military officials and the Marines’ lawyers defended the actions of the troops, saying that Banuelos pulled the trigger because he had believed Hernandez was about to shoot one of his fellow Marines, Lance Cpl. James M. Blood. The Marines, they said, had been briefed that armed scouts often checked the path ahead of drug runners, and other troops on similar border missions had been shot at before the Hernandez shooting.

Banuelos was represented by one of the most prominent criminal-defense lawyers in Texas, Jack B. Zimmermann, one of two lawyers who represented Branch Davidian leaders in the 1993 siege at the religious sect’s compound near Waco. Zimmermann described the shooting of Hernandez as a tragedy, but not a crime.

“Because of his fear that he was going to lose one of his teammates, Banuelos acted reasonably under the circumstances,” said Zimmermann, a retired Marine colonel. “If it had gone to trial, there was no question in anybody’s mind that a jury would have found him not guilty.” That afternoon in 1997, Hernandez came home from Presidio High School about 4 p.m. and studied his driver’s education handbook. He was, as one teacher described him, “a ranch kid” who had no criminal record; he was a student aide at a recent cattle drive in the area. Shortly before 6 p.m., he took the goats out, a routine chore, and walked away from his house toward the Rio Grande. In his hands he held an antique .22-caliber pump-action rifle. He had told one of his teachers that he often shot the rifle for target practice while tending the goats.

The four Marines, known as Team 7, had been occupying an observation post along the river for three days, as part of a joint task force conducting surveillance of drug-smuggling routes to support the Border Patrol. Redford residents were unaware that the heavily camouflaged Marines were there.

Team 7 members had left their hiding site to move up a hill but knelt down after seeing a man on horseback, according to military investigators. Then they saw Hernandez, the goats and the rifle. They radioed to headquarters in nearby Marfa that a man herding goats was heading toward them, armed with a rifle. Hernandez then fired in the direction of the Marines twice from about 200 yards away.

“We’re taking fire,” Banuelos said on the radio at 6:07 p.m., according to a military transcript of Team 7’s radio transmissions.

Hernandez then walked away, and the Marines followed him. At 6:11 p.m., Banuelos said on the radio, “As soon as he readies that rifle back down range, we are taking him.” The radio operator in the Marine tactical operations center responded, “Roger, fire back.”

The Marines, based on their radio transmissions, seemed to believe that Hernandez had spotted them and was hiding from them, and they drew closer to him. Banuelos observed Hernandez raise his weapon and point it in the direction of Blood, the lance corporal, when he fired, according to military reports.

Albert G. Valadez, the former district attorney who investigated the case, said Hernandez was not pointing the rifle in the Marines’ direction when he was shot. Because the rifle did not have a strap, Hernandez had been carrying it behind his neck and across his shoulders as he stood near the well and was shot in the lower chest beneath his right armpit, Valadez said.

“He was not even pointing his rifle in their direction,” Valadez said. “The rifle wasn’t being pointed. It was resting on his shoulders. This is nothing more than a coldblooded murder.”

Banuelos’ lawyer in Houston, Zimmermann, said he had not heard Valadez’s theory before, adding, “There’s not a single witness that would say that he was draping” the rifle on his shoulders instead of aiming it.

At Redford Cemetery recently, Margarito Hernandez went to his truck and pulled out the rifle his brother had been carrying that day. The authorities recently returned it to the family. “Now you tell me how they confused him with a drug dealer with this rifle,” he said, holding the thin, small weapon. “There are BB guns that look more like a rifle than this one.”

He stood for a long time at his brother’s grave, the rifle at his side. He said it’s too hard for him, so he does not come here often. He works now as a police officer in nearby Presidio, and is a father of four. His son was born four months after his brother died in 1997. He named him Esequiel.