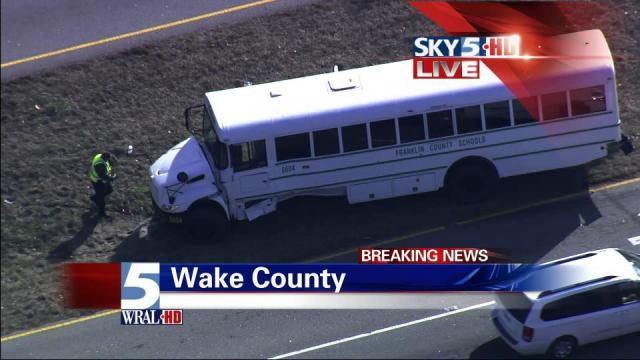 Wake Forest, N.C. — Seven students and the driver from a Bunn Middle School activity bus were taken to WakeMed Friday as a precaution after they were involved in a wreck, said Bill Crabtree of the Wake Forest Police Department.

The wreck happened near the intersection of Capital Boulevard and Stadium Drive just after 11:30 a.m.

Wake Forest police said the driver of a tractor-trailer told them his brakes failed, and when he swerved to miss the bus, he side-swiped the bus and another vehicle.

Parents were called, and the 28 uninjured students were picked up by another bus and taken home. Police said any injuries to the seven students were minor and all were expected to be released from the hospital by the end of the day.