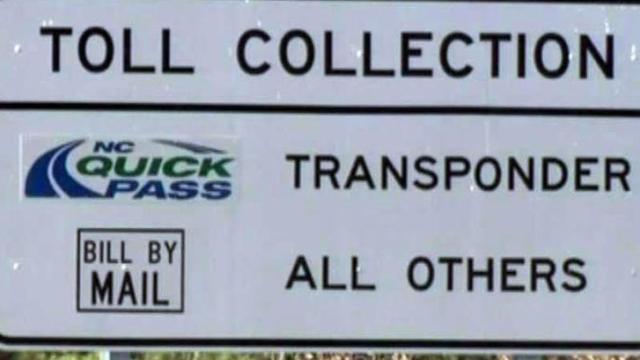 North Carolina got its first toll road earlier this year with the opening of the Triangle Expressway. When completed, the expressway will extend about 18 miles from Research Triangle Park to Holly Springs.

The first phase of the project officially opened last December, but began collecting tolls just after the New Year. It connects N.C. Highway 147 south to Interstate 40 and Interstate 540.

Raleigh Public Record compared the TriEx, as it’s lovingly called, against other toll roads in the Southeast.

Where: Wake and Durham counties, North Carolina
Connects: N.C. 147 south to N.C. 55 Bypass (when completed)
Miles: 18 (when completed)
Toll Rates: Ranges from 30 cents to 65 cents per toll zone with an N.C. Quick Pass. Ranges between 45 cents and $1.25 per zone if billed by mail.
Fun Facts: The project cost is about $1 billion and is the first toll road in North Carolina. North Carolina is the last state in the region to implement a toll road.

Where: Greenville, S.C.
Connects: The southern portion of Interstate 185 to Interstate-385
Miles: 16
Toll Rates: Pal Pass rates are 75 cents to $2.70. If paying cash, 75 cents to $3.00.
Fun Facts: It is one of two toll roads in South Carolina. The other is in Hilton Head. The Southern Connector has brought in $3.3 million so far this year. In 2010, the association responsible for the road filed bankruptcy.

Where: Atlanta, Ga.
Connects: Interstate 85 and U.S. 19. But, tolls are only collected from I-85 to Interstate 285.
Miles: 6.2
Toll Rates: 50 cents paid by cash or Cruise Card.
Fun Facts: The road brings in about $59,000 per day. Construction of part of the highway caused an outcry by residents and many homes were taken through eminent domain.

Where: Orange Beach, Ala.
Connects: Alternative to Highway 59
Miles: 14
Toll Rates: $3.50 for cash. Discounts vary, but the basic Alabama Freedom Pass charge is $3.00.
Fun Facts: The Beach Express toll is privately operated. The website claims that drivers can avoid 25 lights by using the highway.