NC unsure of following Virginia's lead in tolling I-95 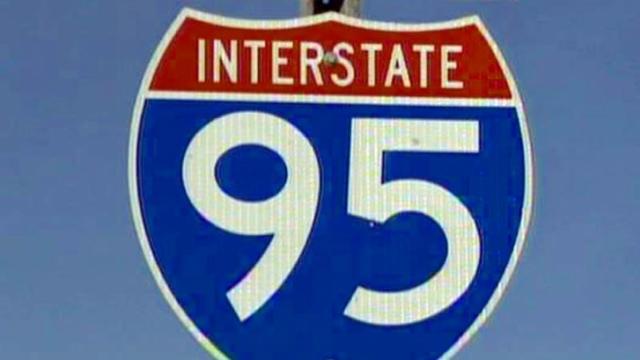 Smithfield, N.C. — While Virginia has received permission to charge tolls on Interstate 95 to help fund transportation projects, North Carolina officials say they haven't made up their mind on whether to follow suit.

The Federal Highway Administration a week ago gave Virginia preliminary approval for I-95 tolls. Virginia Department of Transportation officials said tolls could generate $50 million a year for expanding the highway, repaving and improving road safety.

North Carolina has also applied for federal permission to toll I-95. Consultants are finishing up a two-year study of the highway in North Carolina, and state officials could make recommendations by the end of the year.

"We need to keep that corridor vibrant," North Carolina Transportation Secretary Gene Conti said Monday. "Main Street of the East Coast is what I like to call it. We need to make sure it's up to modern standards and can support the traffic it now carries."

I-95 is the state's deadliest highway. Most of it remains four lanes wide – the same width as when it was built decades ago – and it doesn't meet modern safety standards.

Conti said no decision has been made yet on tolls, but he said the state has to find some way to cover the estimated $5 billion to $6 billion repair bill for I-95 over the next 20 years.

"We don't have the money to pay for that right now, so we're trying to look at all the alternatives to figure out how to it," he said.

Drivers weren't too pleased with the prospect of paying to use I-95, which covers more than 1,900 miles and passes through 16 states.

"There's so much traffic, and it would back traffic up for miles and miles and miles. I just don't think it would work," said Bill McGuire, a resident of Rhode Island, which also is looking at tolling I-95.

States should budget for road work instead of imposing tolls, McGuire said.

Don Christman, who is from Nebraska, also panned the idea of tolls, but quickly added that I-95 needs work.

"It needs to be done, I guess. I don't want to be driving over bumps and potholes," Christman said.

A.P. Pascaran, who was on his way home to Delaware, said he is used to paying tolls for highway maintenance and wouldn't have a problem if North Carolina imposed them.

"If they can keep the roads well maintained, I have no problem with that, as long as it's not $10 every 10 miles," Pascaran said.

There's no word yet how much the tolls on I-95 could cost if North Carolina adopted them. Similar highways in other states average around 10 to 20 cents per mile.

If tolls are approved, Conti said, they probably wouldn't start for a couple of years.