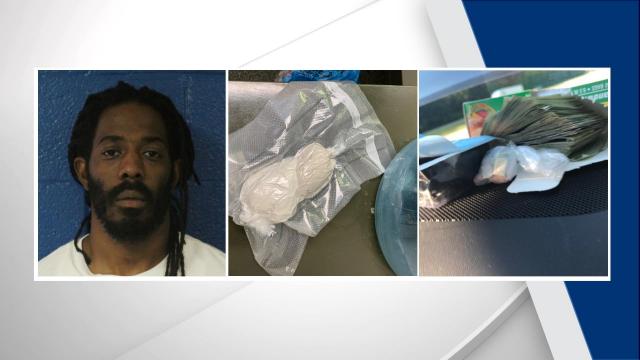 Nashville, N.C. — A traffic stop by the Nash County Sheriff's Office led to the arrest of a man on drug and weapons charges.

Members of the Nash County Sheriff's Office Highway Interdiction Team stopped an SUV on Interstate 95 South at the 126.5 mile marker for speeding on Wednesday at around 7 a.m. Inside the vehicle were an adult and two small children. After speaking with the driver, a search resulted in the seizure of 31.5 grams of heroin, 51.2 grams of Fentanyl, 27 grams of marijuana, 23 Ecstasy pills and a 9mm handgun.

Herring was placed in the Nash County Detention Center under a $500,000 secured bond. The two children were taken to the sheriff's office until family members from out of state took them into custody.