Crews had to interrupt electricity in the area while authorities worked to repair the water main, which caused an outage of several traffic lights in the area, including one at busy Knightdale Boulevard between Interstate 540 and Smithfield Road, police said. 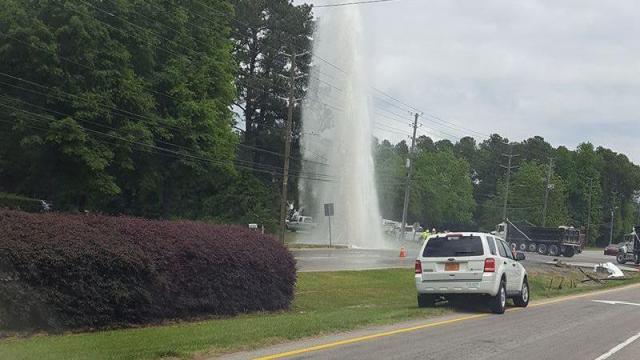 "Please avoid Knightdale Boulevard at this time and use extreme caution if you must travel in the area," police tweeted.

No injuries have been reported. It was not clear if police have issued any citations in connection with the incident.

Crash on I-40 near Garner linked to heavy traffic congestion

Electricity to the area was expected to be restored shortly before 5 p.m., police said.

Editor's note: Authorities originally said that the water main break was caused by a dump truck hitting a fire hydrant, but later corrected this information.