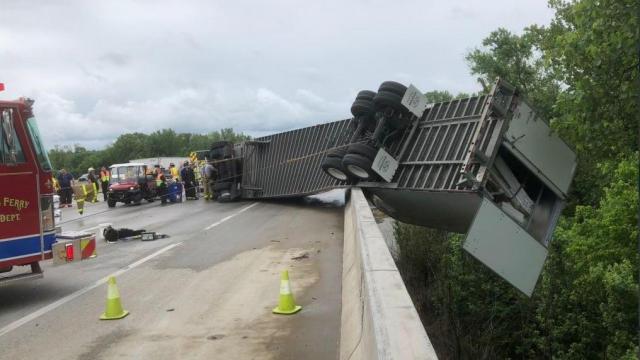 Before 2 p.m., WCNC reported that the Salisbury Fire Department assisted Davidson County crews in rescuing the truck on the southbound side of Interstate 85 at the Yadkin River Bridge.

According to officials, several emergency agencies assisted in the rescue efforts, as well as Hazmat.

Salisbury Fire tweeted that the tractor-trailer was stabilized and the Hazmat team was off-loading the fuel.

The crash was a chain reaction crash, and other cars were involved, other news outlets reported.