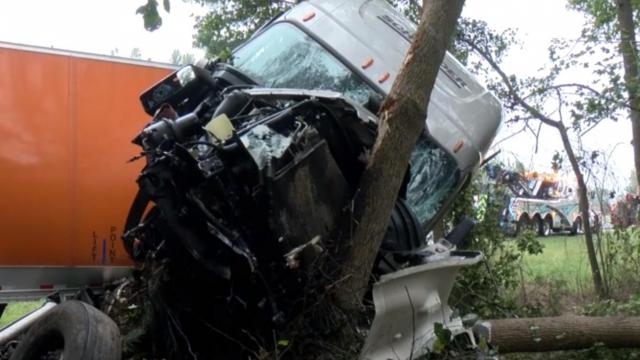 Four Oaks, N.C. — A big rig driver on his first trip fell asleep at the wheel, crashing the tractor-trailer into a tree alongside Interstate 95 and prompting authorities to shut down one southbound lane of the freeway for several hours Saturday, officials said.

As of 2 p.m. Saturday, State Highway Patrol troopers told WRAL News that the lane would remain closed for up to three more hours while they worked to clear away the wrecked truck, which was said to be a 2019 tractor-trailer that was recently put into service.

Authorities said the traffic back-up extended for about 5 miles.

The big rig driver and a passenger in the truck were transported to a local hospital for treatment of non-life-threatening injuries.

A State Highway Patrol trooper said the driver was briefly trapped in the wreckage before the victim was removed from the truck. 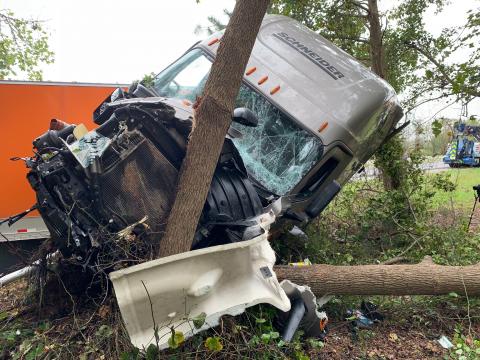 Authorities were expected to close at least one southbound lane while they removed the wrecked big rig.

No other injuries have been reported.